Hello everyone, I hope you’re all having a good week, only 2 days until the weekend yayyyy!

Yesterday I did another vote on what you wanted me to post today and not a lot of you commented and it came to a tie so I chose the one that I wanted to post the most and the one I thought you guys would appreciate the most as a lot of you have been asking me to review my felt tip eyeliners, even though I have only just bought the Collection 2000 eyeliner. 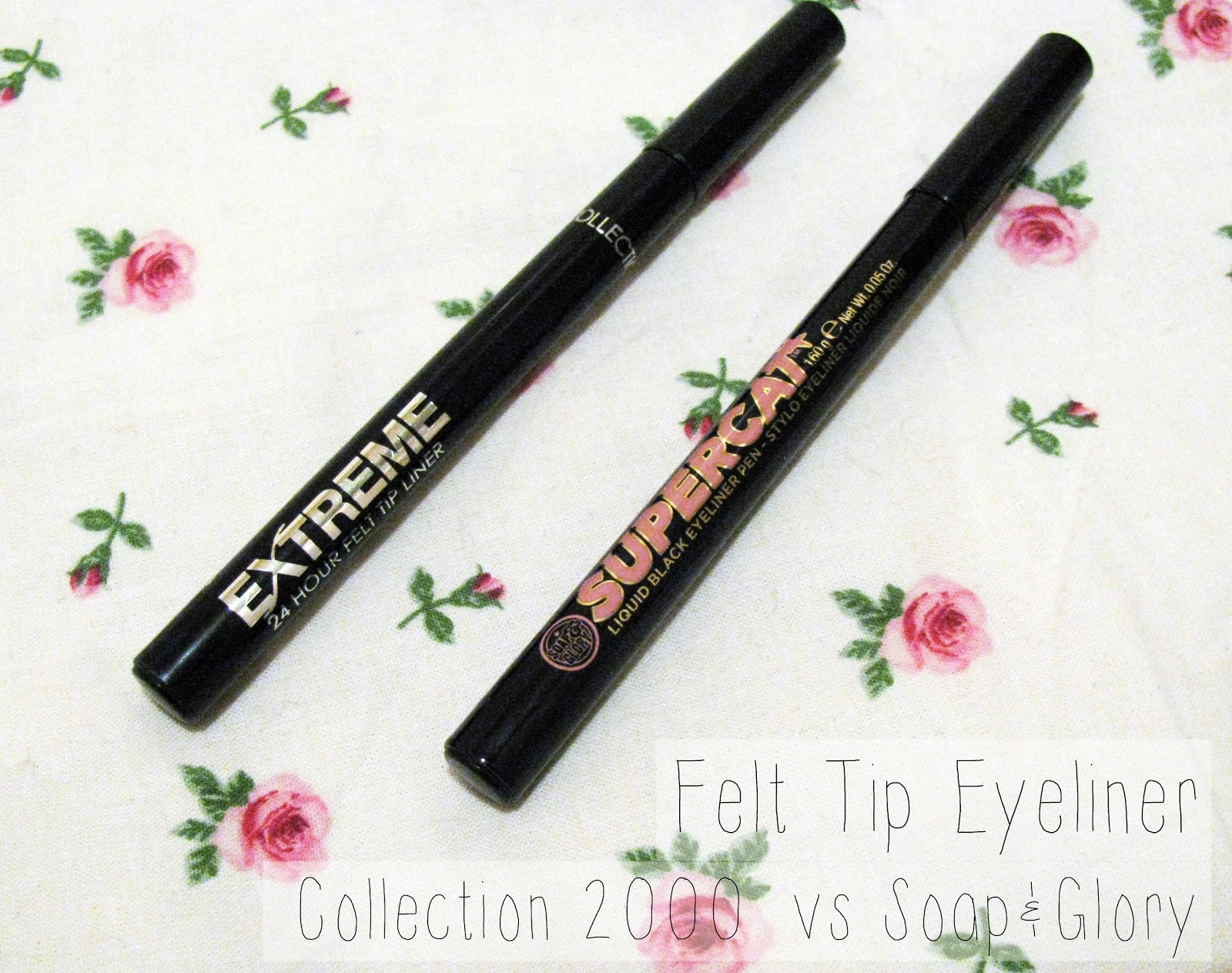 Just to explain I will be reviewing both the Soap&Glory and Collection 2000 felt tip eyeliners in full detail and then comparing them to see which one is overall better. Right let’s get on with this! 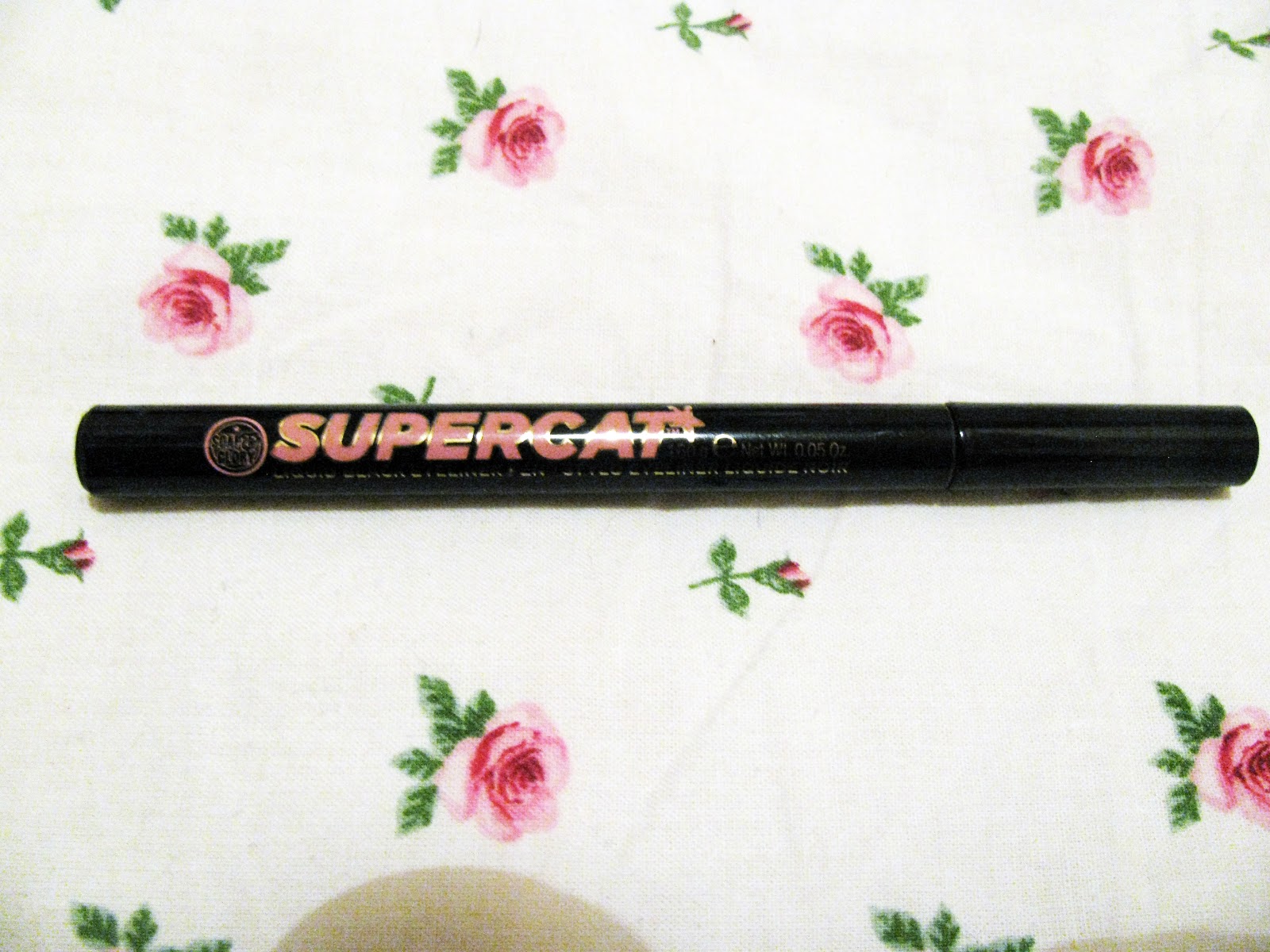 For those of you who have been loyal readers of my blog for a while you would have seen that I purchased this eyeliner a while ago and featured it in my Boots haul here and immediately a bunch of you asked me to review this so here goes!

This eyeliner is the first product from Soap&Glory’s makeup range that I have tried out and I have to say I love it! I don’t know why but I don’t tend to get on with liquid eyeliners so I thought a felt tip liner may work a little better for me and safe to say it is so much easier for me to use. It glides on really nicely and as long as I don’t apply too much pressure it doesn’t stagger the line. It’s quite pigmented but I do have to go over it a few times to get a nice full coverage but all people are different when it comes to applying eyeliner. It lasts really long throughout the day but towards the end of the day after wearing it for 8 or more hours it does start to transfer slightly onto the top of my eyelid but a simple blend with my finger and it disappears. It doesn’t smudge and it dries pretty much instantly after it is applied.

So overall thumbs up for this eyeliner!

Now even though I only purchased this last week, I can tell pretty much straight away with various makeup items whether I like them or not and can give an opinion on them the moment I first use them.

I have used/owned various Collection 2000 products for quite a long time now as it is my go to affordable brand with products normally priced no higher than £5ish. Now luckily I got this eyeliner free with a mascara as Boots and I’m sure Superdrug have an offer on at the moment where, when you spend £4.99 or more you get this eyeliner free, pretty good in my books.

I first used the eyeliner on Monday morning as I was quite excited to see whether it was any good and I was pleasantly surprised. It glides on so nicely and doesn’t jagger at all (I think i’ve mastered the right amount of pressure to use when applying eyeliners) leaving a smooth and very pigmented line across the eyelid which I only went over once or twice just to make sure the line was all filled in. Now this eyeliner is said to last for 24 hours, I myself wouldn’t need or want an eyeliner to last that long but it gives the impression that it is long lasting, which it is. It doesn’t transfer onto the top of my eyelid and stays put pretty much all day. It doesn’t smudge at all and dries pretty much instantly after application. 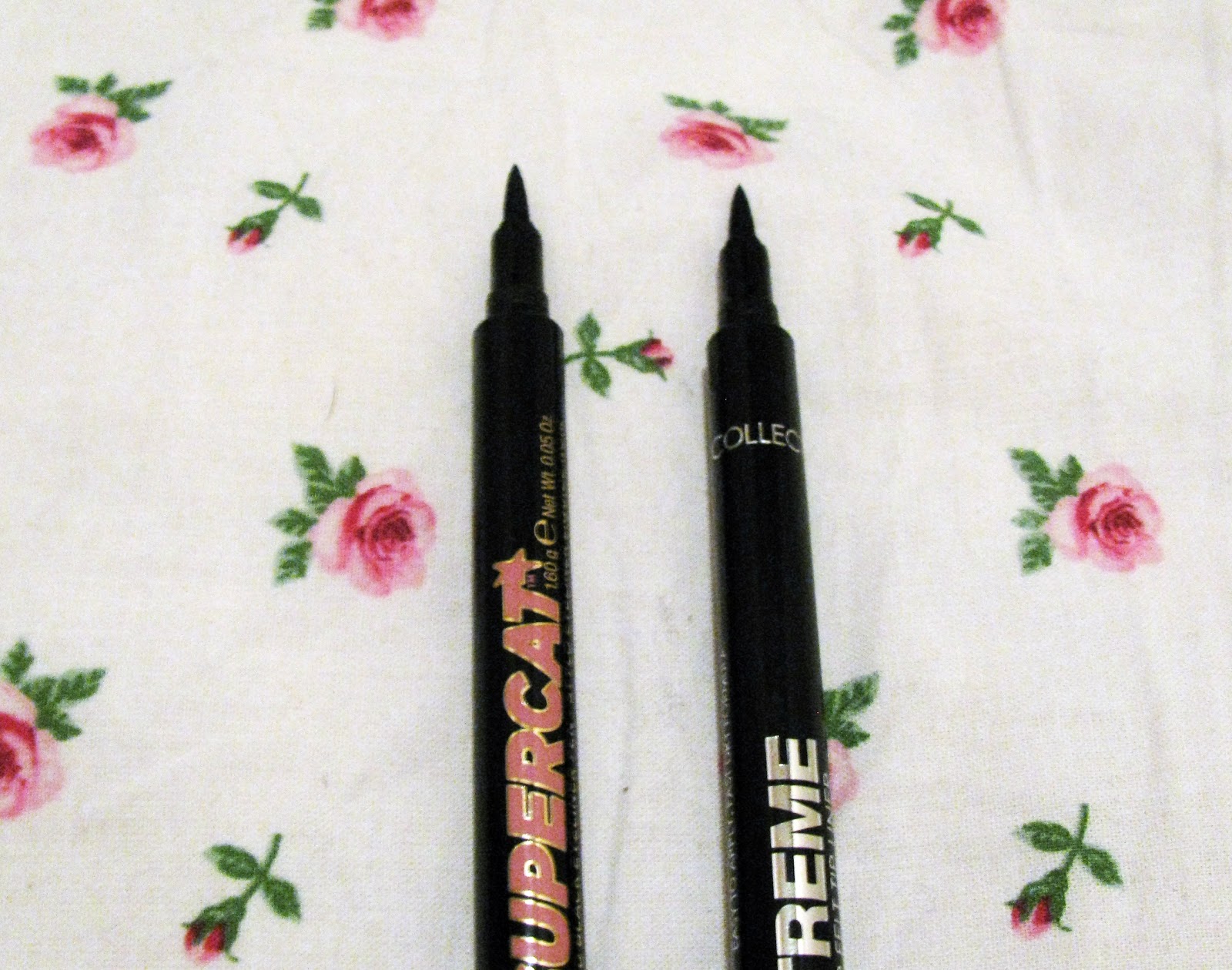 Looking at both of these eyeliners they are identical apart from of course the branding on the packaging. They are exactly the same dimensions and the nibs are the same length and thickness (getting quite technical here, but I didn’t get my tape measure out!). 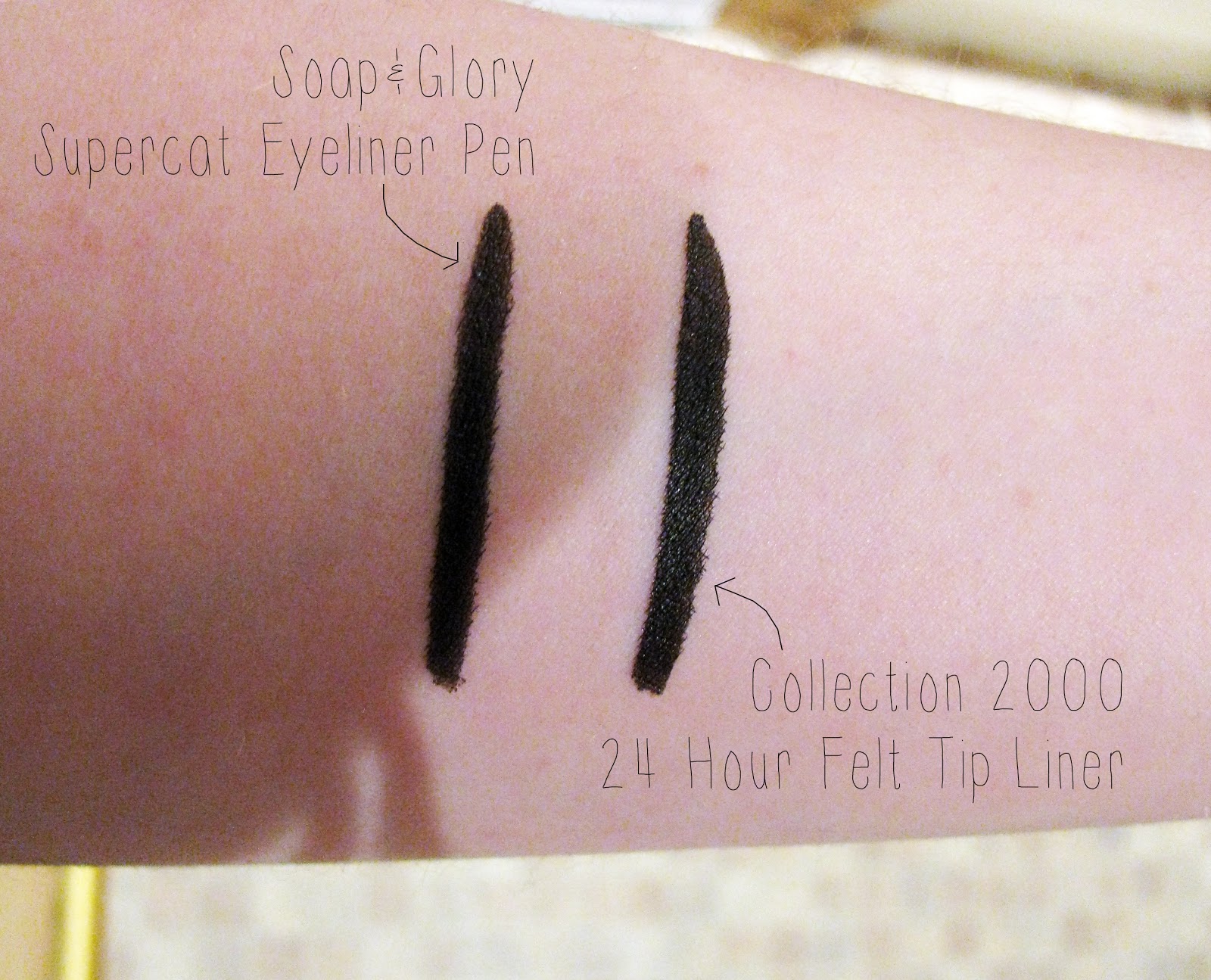 Now, I was going to take pictures of the eyeliners on my eyes but my camera battery ran out just before so unfortunately I was unable to show you what each one looked like when used correctly.

Looking at the swatches on my arm you can really see how similar these products are. The thickness of the lines and how pigmented they both are after one application each to my arm, it does make me start to think whether they are made by the same company.. it wouldn’t surprise me seeing as a lot of high street brands are made by the same companies.

I hope you guys liked this post and let me know if you would like to see more ‘vs’ posts in the future!