As i’ve seen a few bloggers doing the ‘What’s in my iPhone’ tag I thought i’d jump on the bandwagon and do it as well as a bit of fun and if you’re as nosey as I am then you’ll probably enjoy this a little bit.

(Just to say, sorry for the random yellow tone to some of these images. My camera for some reason reacted oddly to my phone screen). 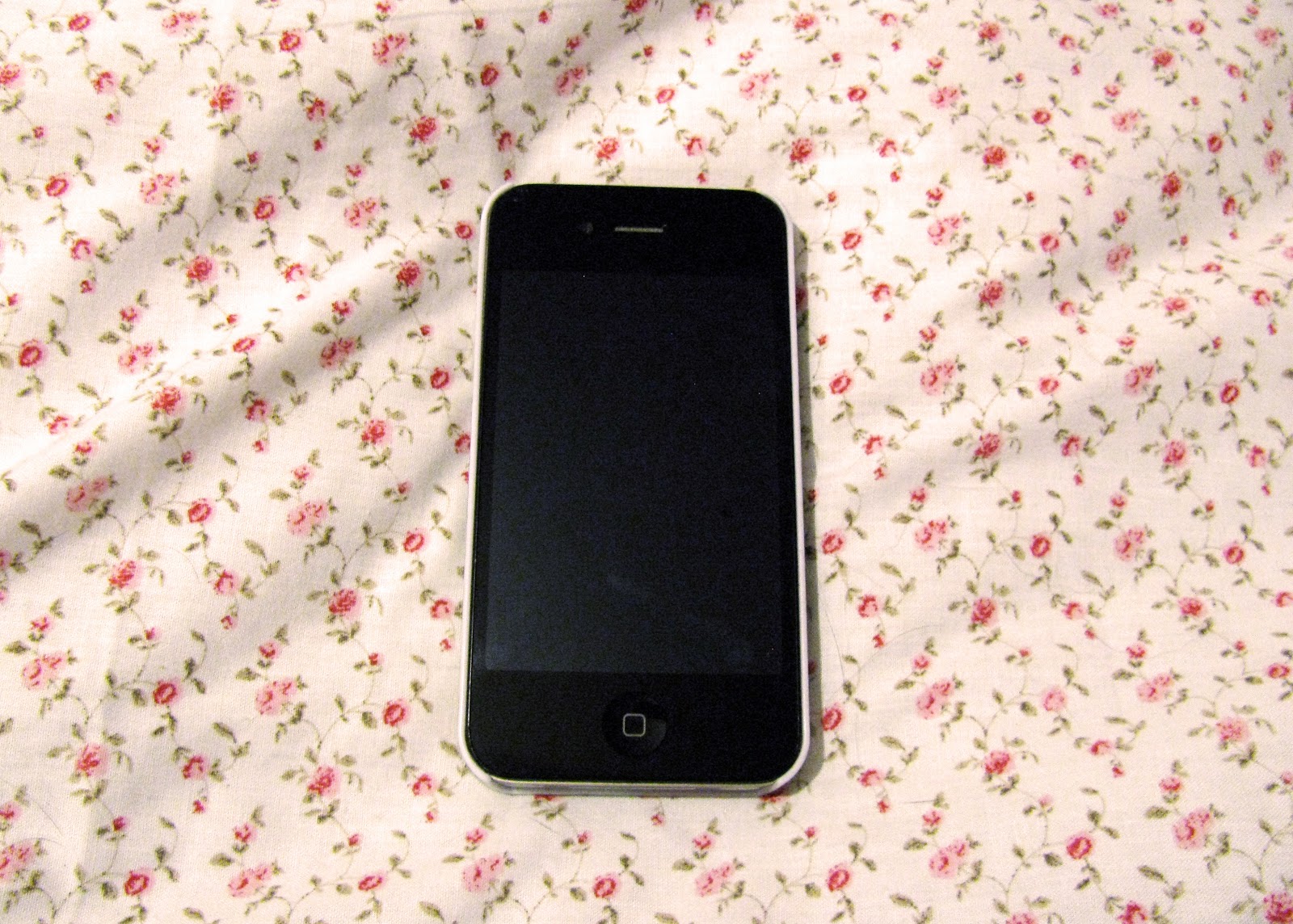 So I have the iPhone 4 in black which I bought off my stepdad after he upgraded to the iPhone 5, but I had an iPhone 3GS in white prior to this one and the 4 is definitely a step up from the 3GS but I do miss having a nice white phone 🙁  My contract is up early July so i’m kind of stuck on what phone to get next as I for sure want to stick with an iPhone but I don’t know if the 5 is worth it all that much, we shall see. Even though you can’t see in these pictures my phone is pretty battered with chips in both top corners of the screen from dropping it but for some reason this phone is invincible! 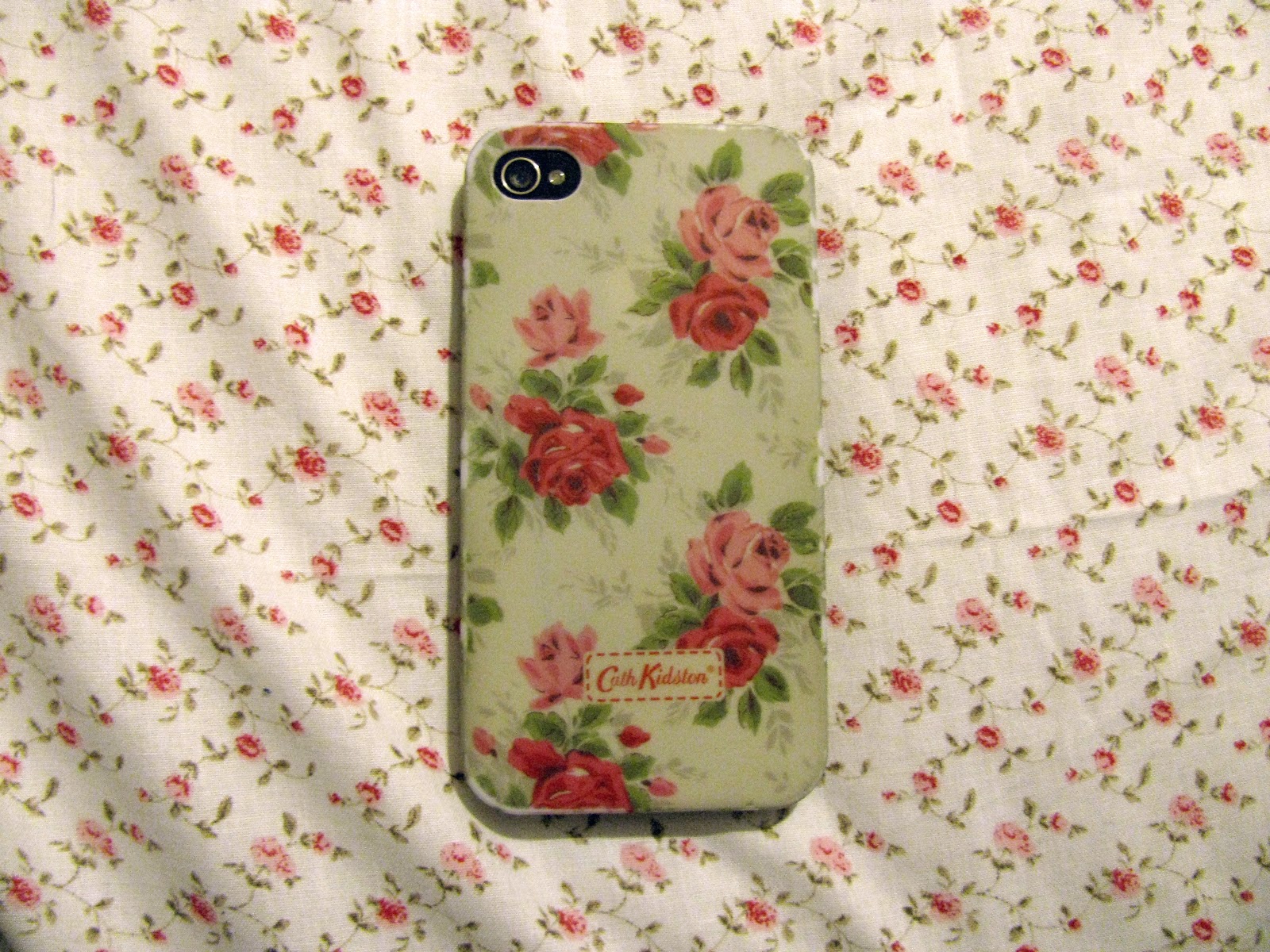 So this is the case that I currently have on my iPhone and no it’s not a genuine Cath Kidston case but it’s just as good. I got this from miniinthebox.com for something stupid like £2 and they have loads of iPhone cases for really cheap prices but it did take a few weeks to ship but I couldn’t complain for the price. Looking at these pictures I think I should get a new case as it’s so battered I didn’t even realise haha! 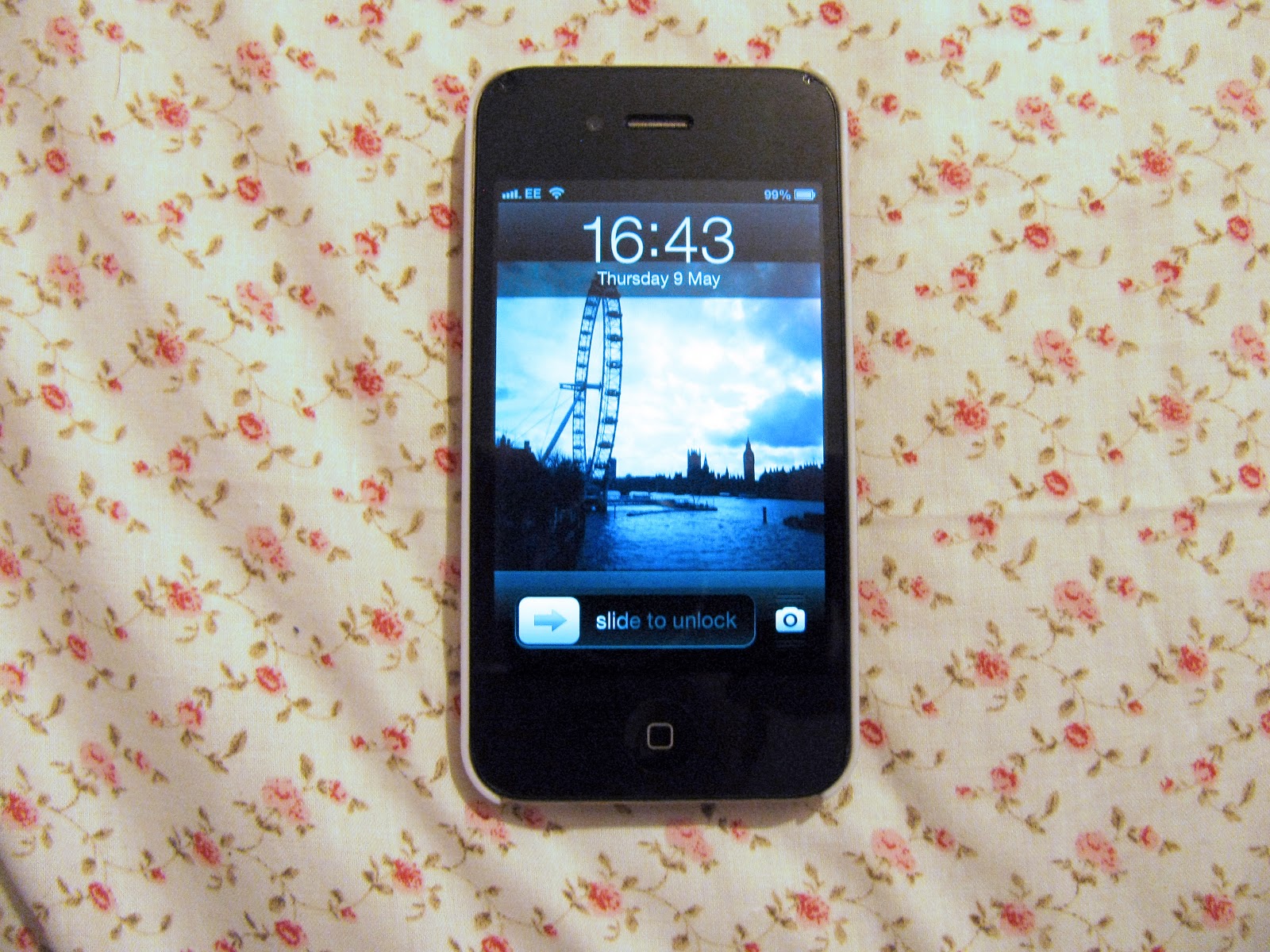 On my lock screen I have an instragram snap I took when I was in London back in March of the London Eye, Big Ben and The Thames which was one of my favourite days whilst I was in London and I love the picture. I change it quite often normally but it’s been like this for a good month or so now. 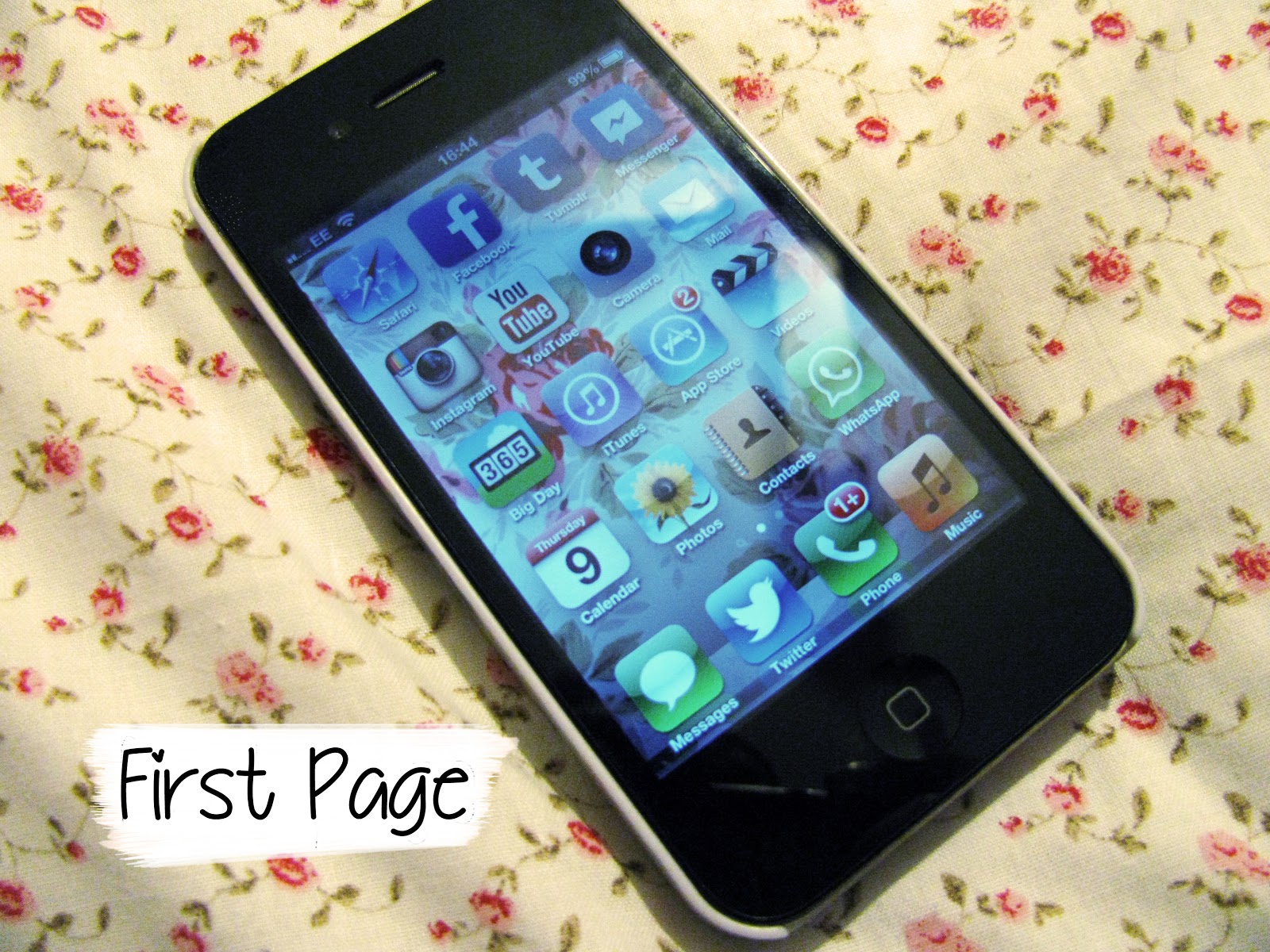 My background is the same Cath Kidson floral print as my phonecase which i’m obsessed with at the moment, it’s even my twitter background.

On my first page is all the apps that I use the most with my Messages, Twitter, Phone and Music on the main bar thingy at the bottom and then things like Instagram, Facebook, Tumblr etc near the top of the first page as well. I’m not one of those people that puts everything in category folders, I just like it to be plain and simple. 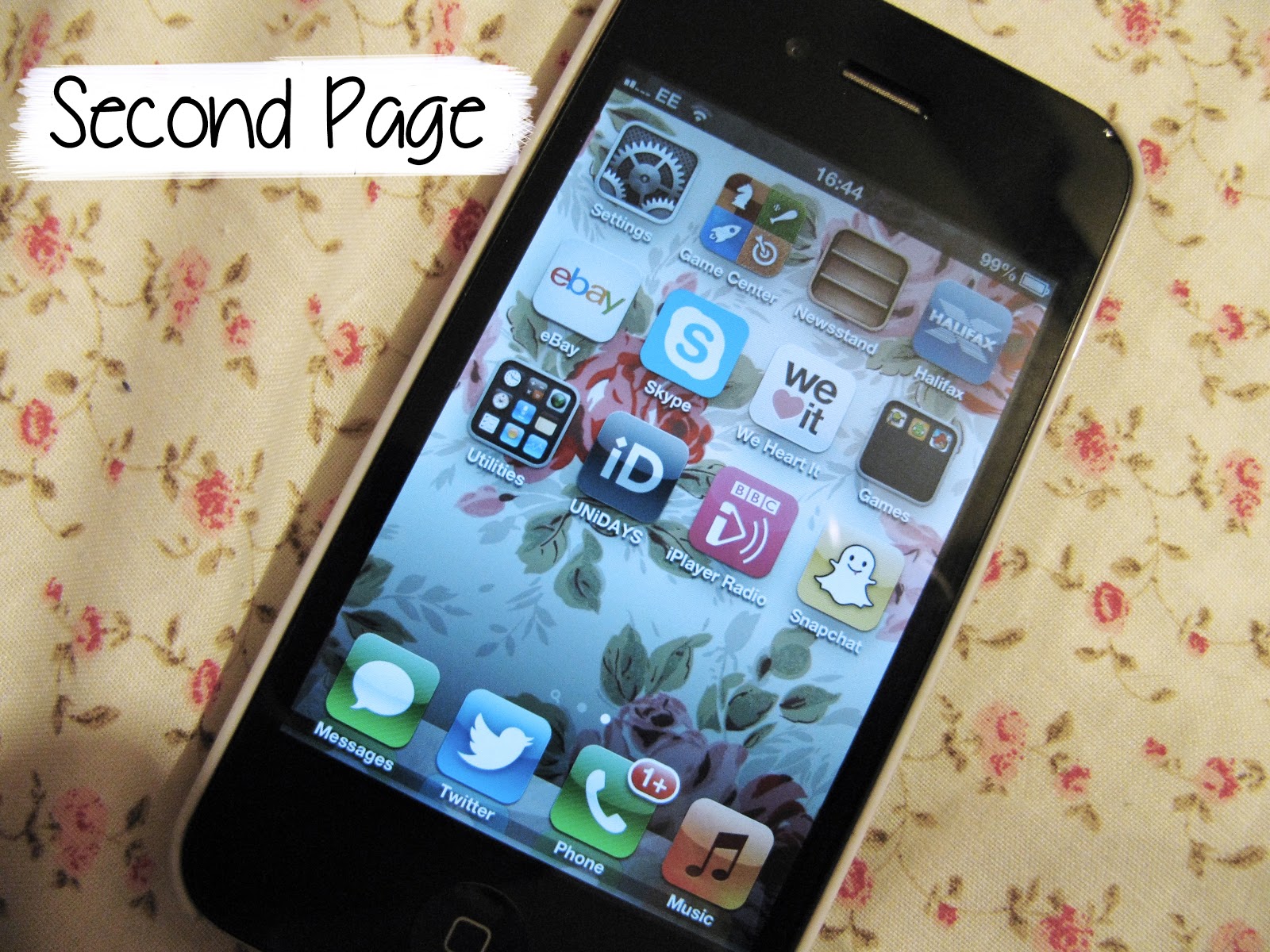 On the second page is just the apps I don’t use as often and the bog standard apps like my Settings and then all the Utility apps like Calculator, Maps and Notes are all in a folder so they aren’t clogging up space seeing as I hardly ever use them. For some reason my Snapchat is on the page, probably because I couldn’t be bothered to reorganise the front page when I downloaded it but I actually use this app a lot, maybe I should move that haha! I also have Unidays which is handy for instore discount, Halifax for on the go banking and eBay, gotta love eBay!

Now onto my favourite/most used apps! 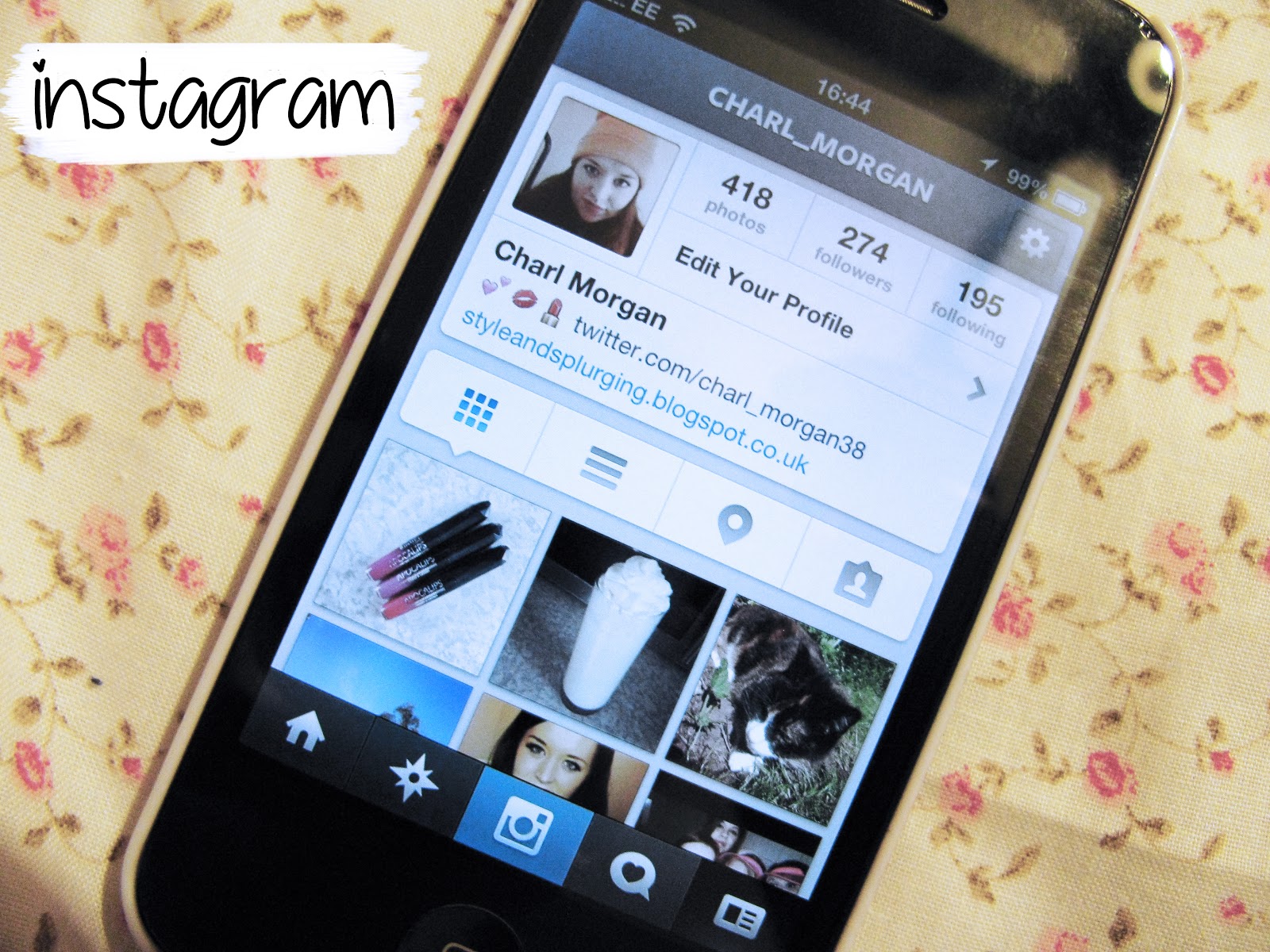 First up is Instagram, probably my favourite app! I love Instagram it’s like a life story in cute edited picture form and no i’m not one of those #tagforlikes twats, god I hate when I see about 100 hashtags on one picture (no offence) but I do admit I do hashtag when I feel appropriate. 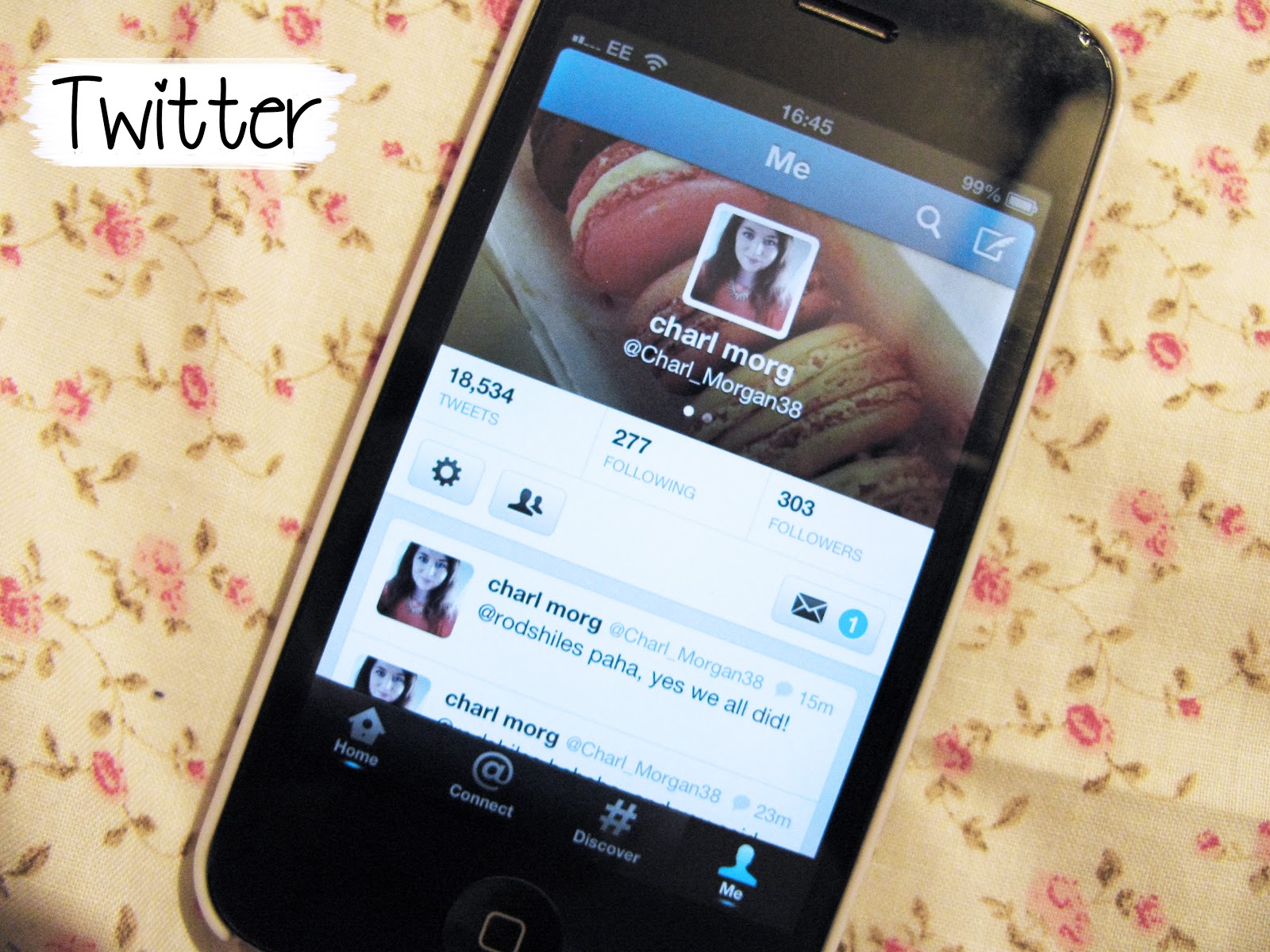 My next favourite app is Twitter, god I am a twitter addict! I feel sorry for all of you who follow me because I can rant when I put my mind to it, but I also love it because it’s so much easier to keep up with my friends and also connecting with fellow bloggers without a heap of info you don’t need to know haha! 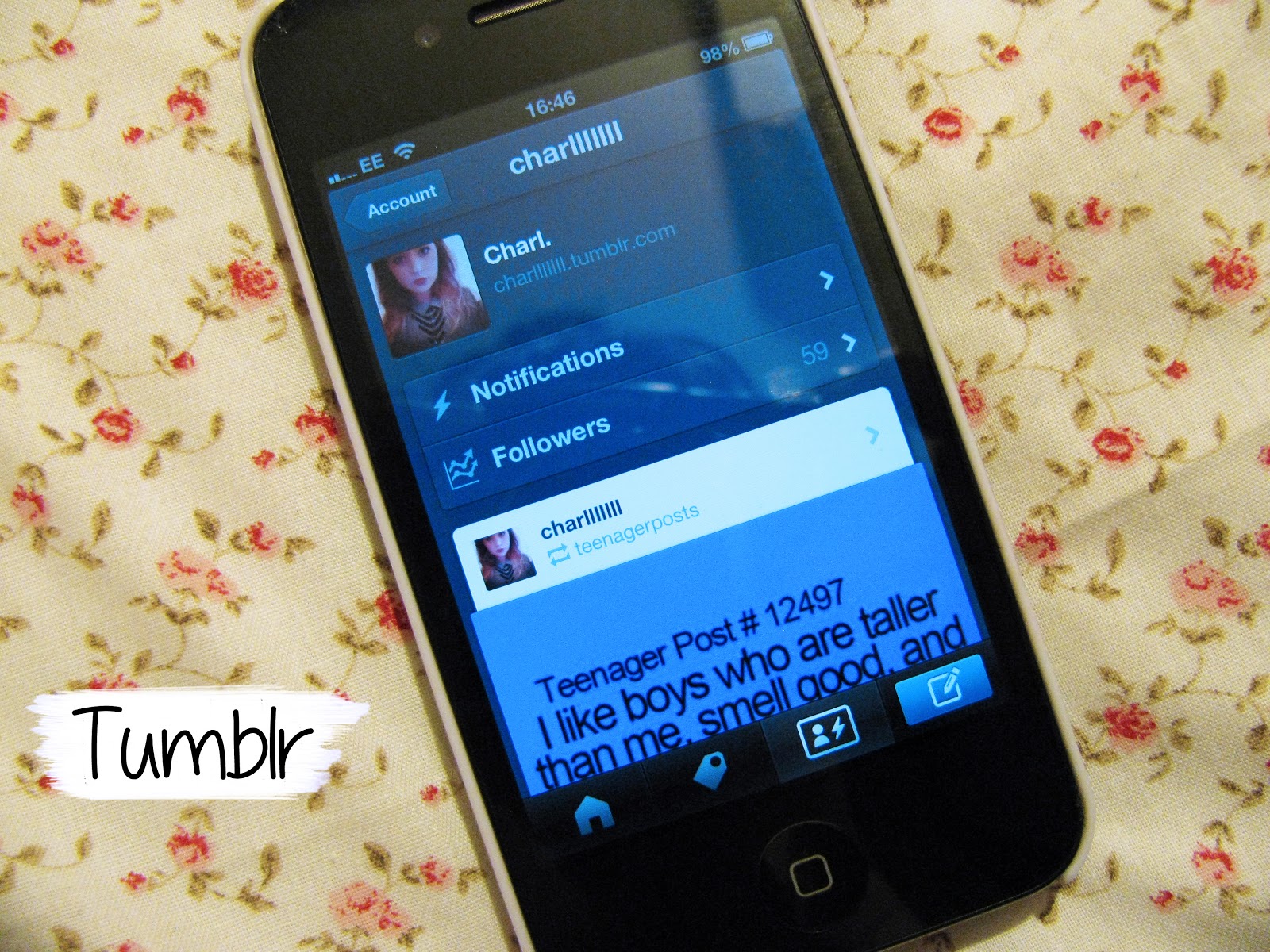 Next app is Tumblr, I only got a Tumblr about a year ago but I have full on got into it. I could literally sit on it for hours reblogging anything that has caught my eye or brings me some sort inspiration. I normally use this app only when i’m not on my laptop or i’m bored on my lunch break.. it’s a time passing app thats for sure! 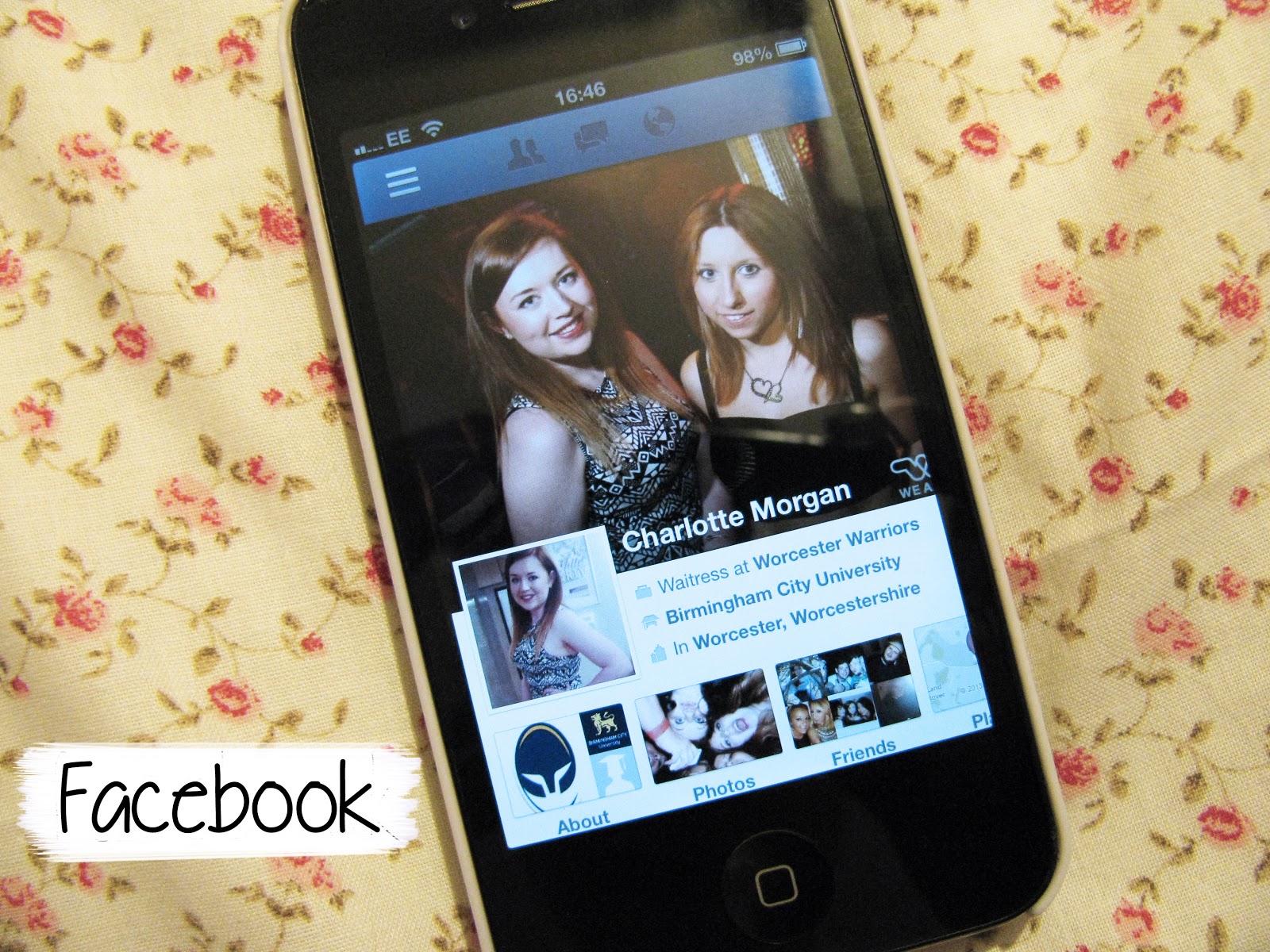 Now I wouldn’t say Facebook is one of my favourite apps but I do go on it everyday to have a nose to see what people are up to but I hardly ever post anything unless it’s pictures from a night out or i’ve checked in at a gig or something like that. I do like to also use Facebook chat to keep in touch with people but I normally use the Messenger app rather than the Facebook app as it’s easier. 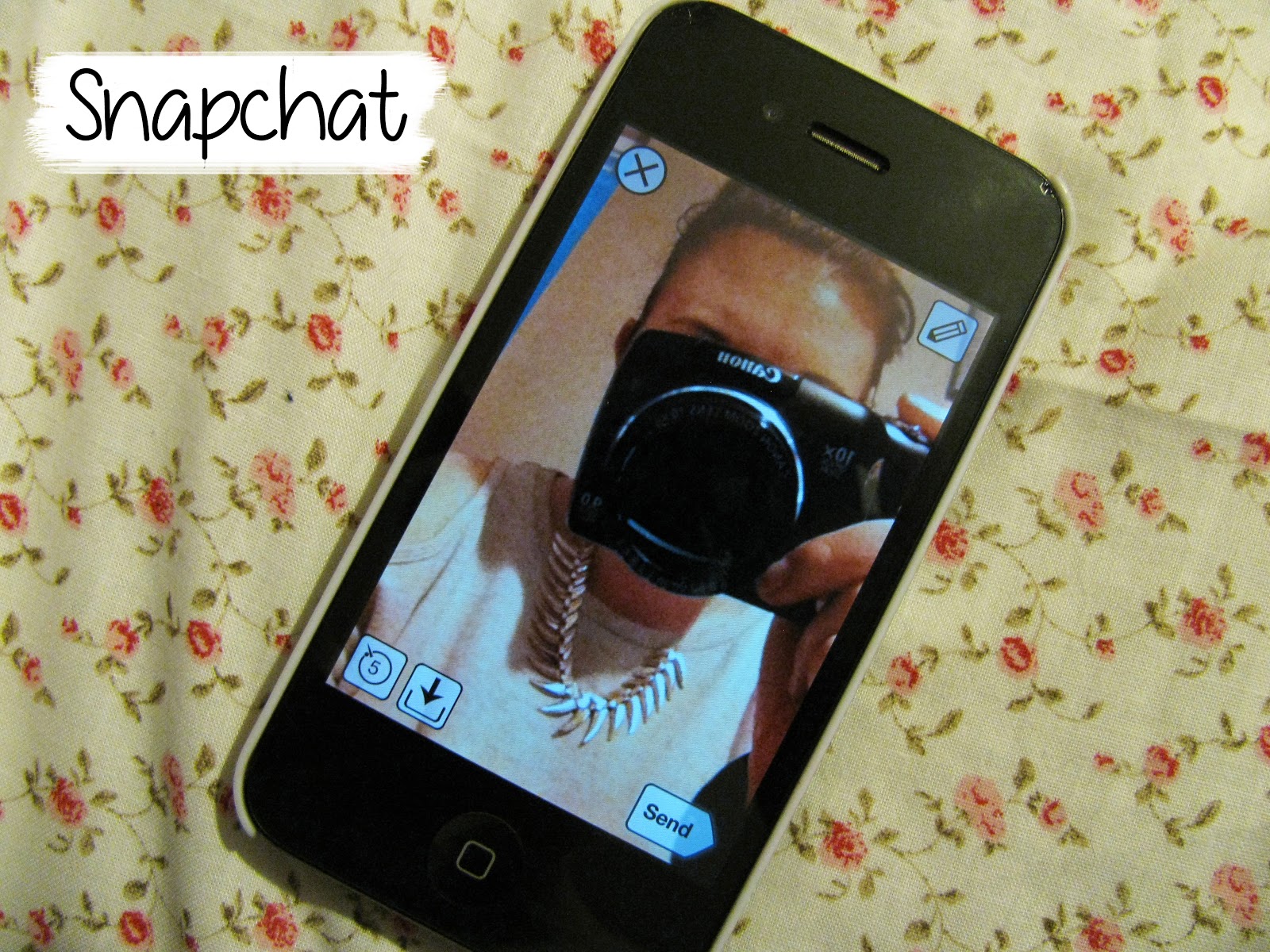 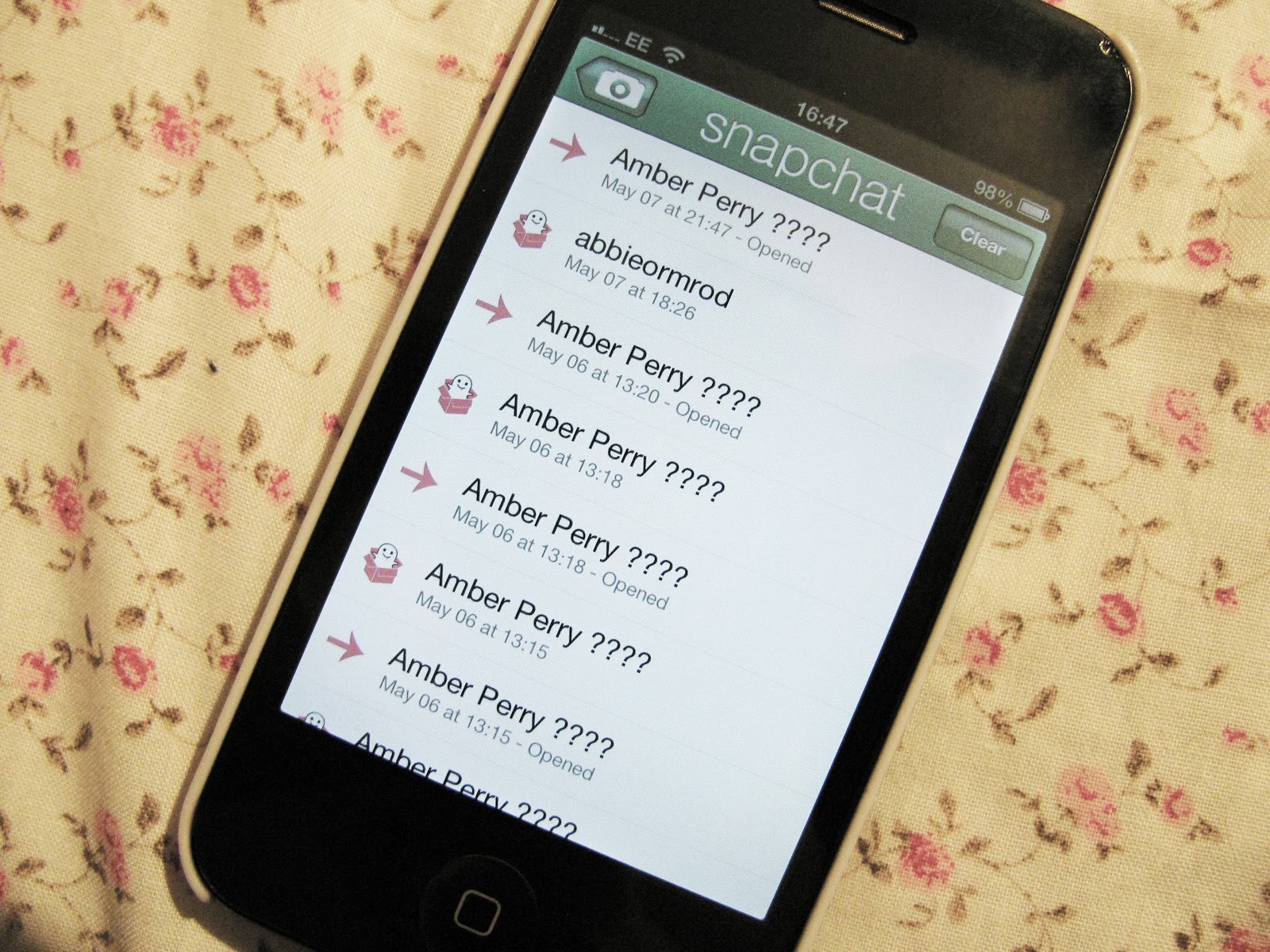 Last but not least, Snapchat! I was somewhat peer pressured into getting Snapchat but i’m kind of glad I did because it is a fun app and I do end up laughing out loud in public a lot thanks to this app and my friends beautiful faces (not, haha). I do also use it as a form of communication sometimes but i’m kind of going off snapchat at the moment, maybe i’ll rekindle my love for it soon.

So that is my iPhone! From doing this blog post i’ve realised how boring my iPhone really is, but I find it pointless having apps that I never use clogging up space and memory that could be used for other things like music seeing as I do have a lot of music on my iPhone.

Hope you enjoyed this post and I hope you are all well!