As i’ve been working pretty much full time now that i’ve finished uni, I find that in the evenings after a long day of being on my feet I just want to get into bed, which also means the makeup removal process is a short as it can be. I thought today i’d share my favourite quick go to cleanser, that are really light and take literally seconds to remove a long days worth of makeup. 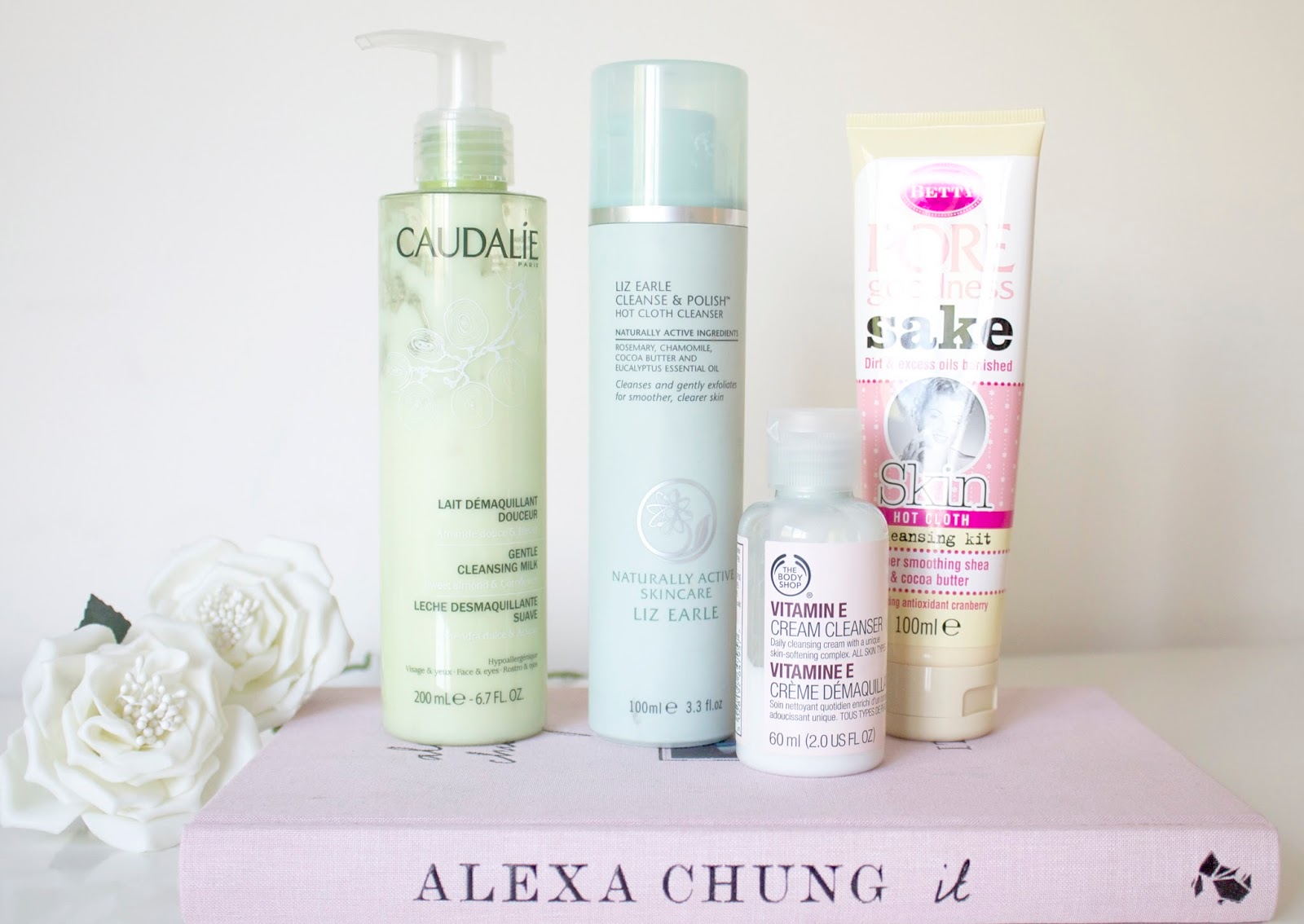 I’ve found a light cleanse is my skins favourite, it removes the makeup that i’ve been wearing all day, cleanses my skin really well and doesn’t weigh my skin down, leaving it feeling clean and not irritated. I’ve also seemed to rack up a good amount of cleansers that do this job, so I thought i’d narrow it down to my four favourite.

Starting off with the trusty Caudalie Gentle Cleansing Milk. I’ve featured this once or twice, but I haven’t really used it much in between then and now. I love this stuff, it’s probably the lightest cleanser that I own but does the job of removing a days face really well. Even though it is described as a cleansing milk, it’s a little thicker than your average cleansing milk but isn’t as thick as your average cream cleanser. I also find this work so well to remove any eye makeup as it super gentle on the eyes.

Another favourite, one you guys are probably sick of hearing about is the Liz Earle Cleanse & Polish. It’s no secret that I love this stuff, it works really well to remove any type of makeup whilst also cleansing the skin at the same time. What is also great is that it’s designed for most, if not all skin types as it is really that gentle. Okay, i’m going to shut up about this product now ha!

Another cleanser that I seem to talk about a lot at the moment, and that is The Body Shop Vitamin E Cream Cleanser. This stuff reminds me a lot of the previous product, but a little more creamier meaning you can really get a good cleanse that also leaves the skin feeling and looking replenished, moisture wise. It’s a lovely cleanser as it’s so gentle on the skin and it’s really affordable.

Lastly is a cleanser that I spotted stocked in Tesco, and I thought i’d give it a go. I’m talking about the Along Came Betty Pore Goodness Sake, which was on offer at the time and after giving this a good sniff I was sold. It contains shea butter and cocoa butter, which are two body butter scents that I love so mixed together they smell like a dream. This again really reminds me of the Liz Earle Cleanse & Polish as the formulas feel very similar and work in very similar ways. It works well to remove all makeup types and i’ve been pleasantly surprised, seeing as I picked this up from Tesco!

What cleansers do you opt for on lazy days?