Brow gels have been a big thing over the past year, with many brands bringing out their own version over the past few years with some being really good and others not so good. The Benefit Gimme Brow is definitely one of the most well known and more so recently L’oreal brought out their own, one that really rivals Gimme Brow and with it being a fraction of the price, I thought i’d do a comparison of the two. 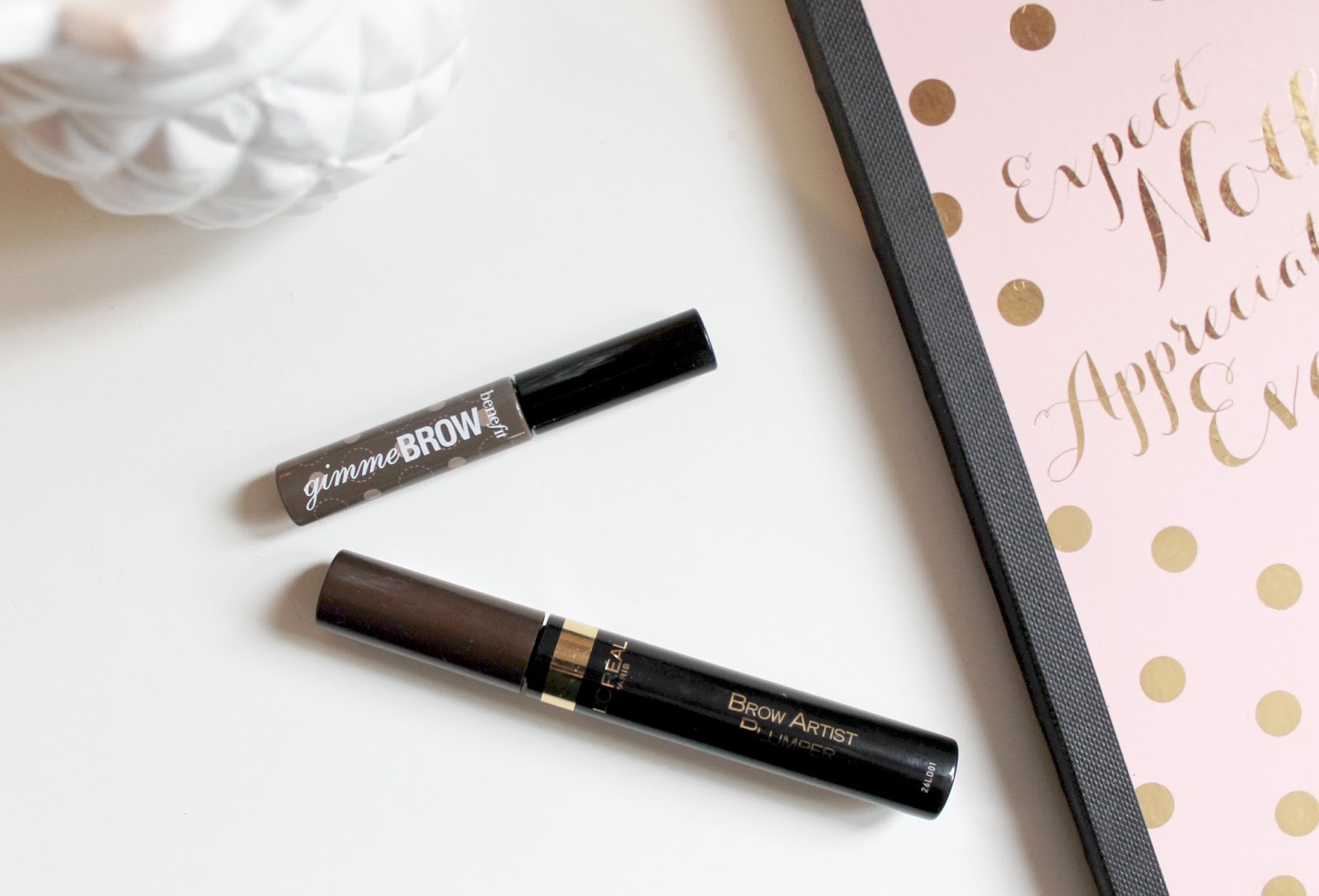 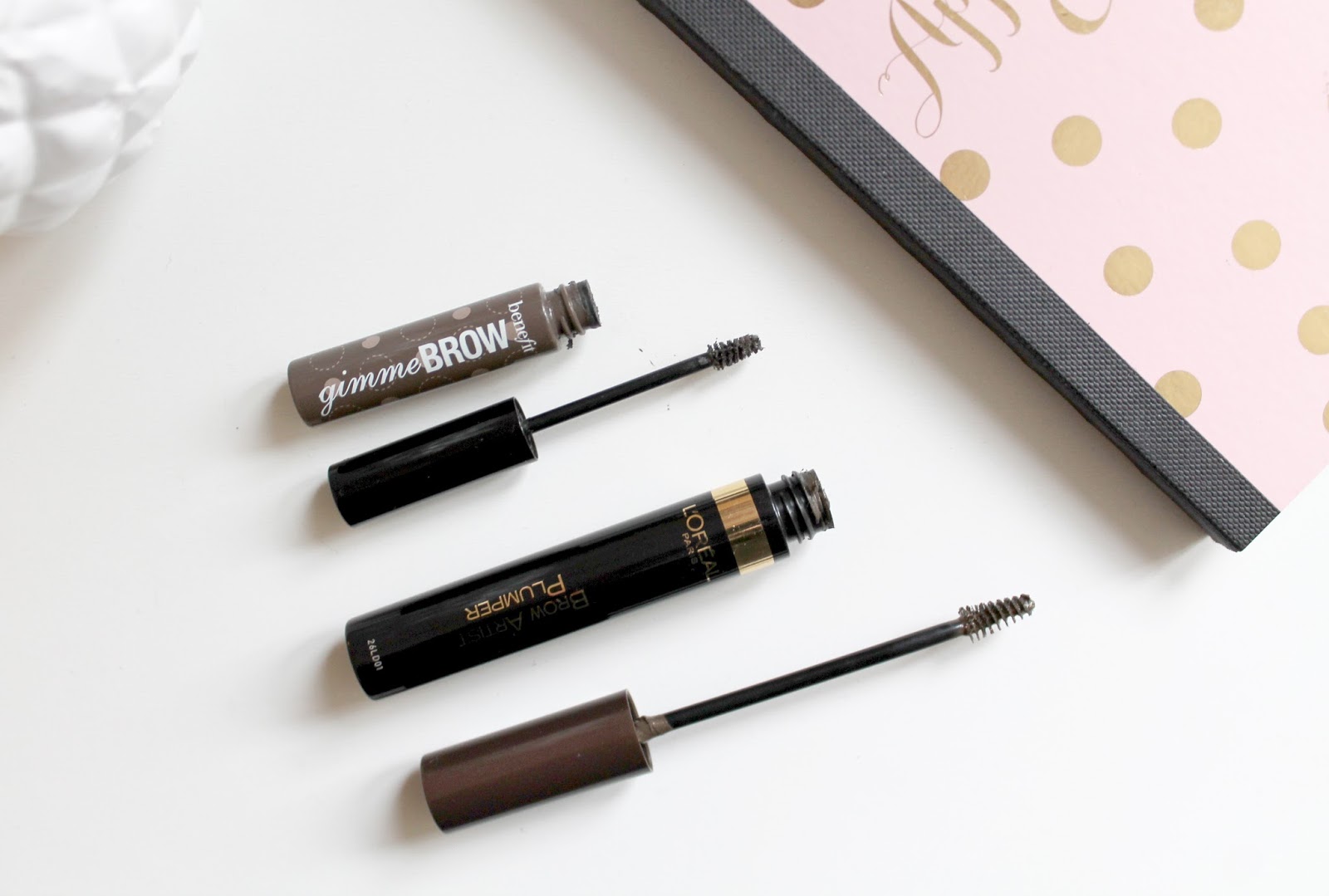 When Benefit Gimme Brow (£17.50) burst on the scene last year it was so heavily raved about and I was lucky enough to receive this for my birthday, as I wasn’t too sure about spending almost £20 for a brow product that i’d not previously used but I do have to admit it’s a product that i’ve fallen for and i’m sure i’ll end up repurchasing it.

Similarly to me, a lot of people are put off by the almost £20 price tag and go on the search for a good alternative, or dupe if you will with many brands releasing their own take on the brow gels and personally none of them have never really received a good enough hype for me to purchase, until I saw the new L’oreal Brow Artist Plumper (£5.99) being talked about by a few of my favourite Youtuber’s and I knew I just had to try this out!

Now the products themselves aren’t that much different in terms of what they do, both have a brush in which you apply the product by combing through the brows in order to set them in place, whilst also tinting brows and shaping them at the same time. It’s the formula itself that is what separates the two, with Gimme Brow being quite a thick formula that contains fibers in order to fill in the brows and to make them appear somewhat thicker, which I find great but I often find that there is a lot of excess on the brush because it is so small. Whereas the Brow Artist Plumper isn’t as thick formula wise and doesn’t contain anywhere near as many fibers, which I prefer as my brows aren’t really that sparce or in need of extra fibers.

Onto the brushes, as you’ve probably noticed a difference in the size of them. Now Gimme Brow has probably the tiniest brush i’ve ever seen or used, which is great because your brows aren’t that thick so the brush really allows you to get it right first time, without making a huge mess of your brows. However the Brow Artist Plumper brush is somewhat larger but I find it to be really manageable still and I am yet to make a mess of my brows. I also find that there is less excess product with the Brow Artist Plumper compared to Gimme Brow and I think this is because of the brush size.

Overall I think that these products are so similar in what they do that you could use either of them and still get practically the same results, just the application is slightly different because of the brush sizes. If you are wanting to try out a brow gel but aren’t so sure Gimme Brow is the one for you, then i’d definitely recommend trying out the Brow Artist Plumper as it is so affordable compared to Gimme Brow and does the exact same thing!

Have you tried out either of these products? What are your thoughts?