For a while now i’d been meaning to pick up a few of the new Max Factor blushers because i’d been reading so many rave reviews about them and being a total blush addict, I of course had to to try them out. On Saturday I popped into my local Boots and it’s safe to say I walked out with more than I originally planned. 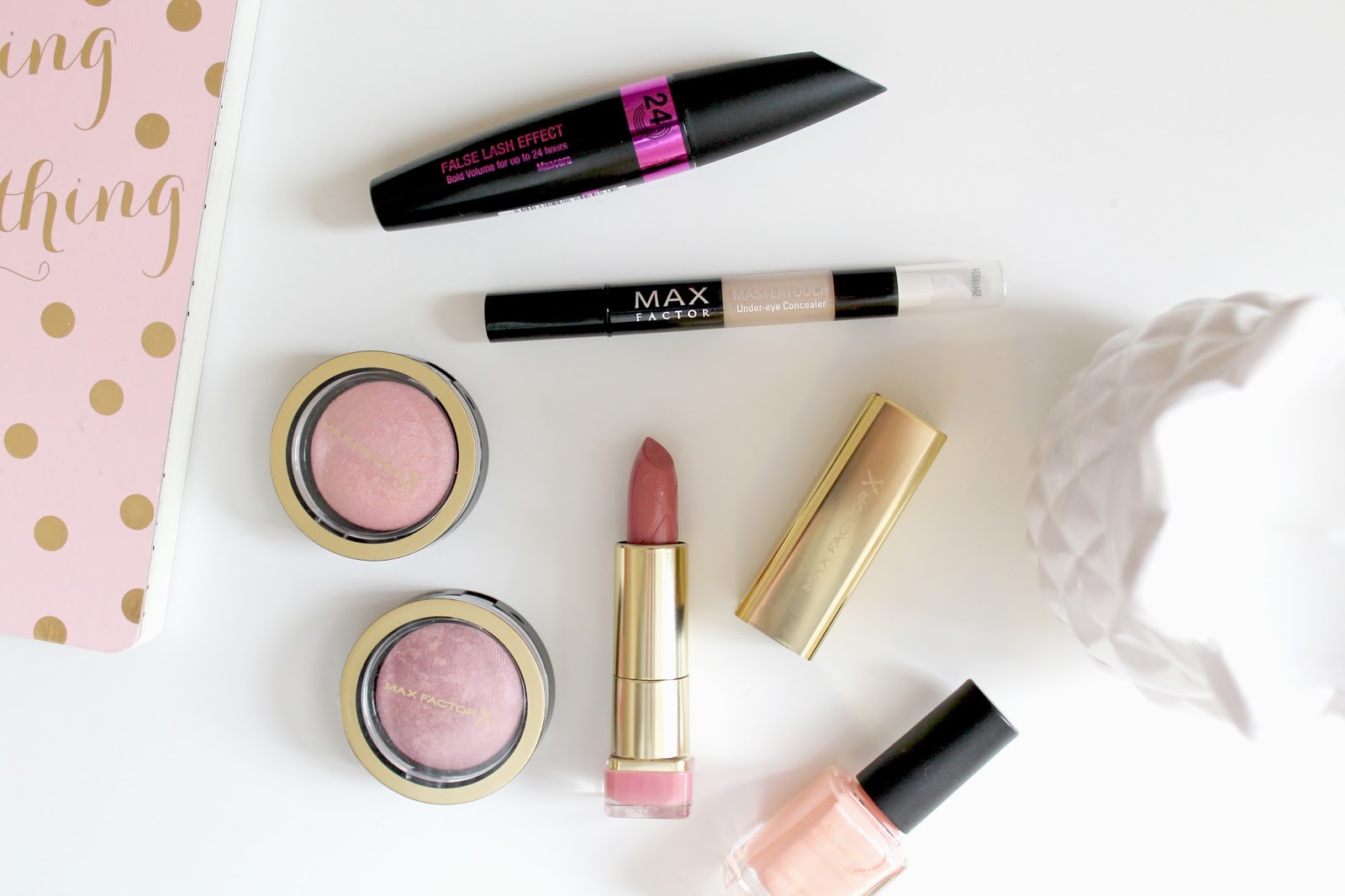 Initially I popped into Boots just to see what the new Creme Puff Blushers and I also remembered that I needed a new concealer as my current one was on it’s last legs, so whilst perusing the Max Factor stand I saw on offer, where if you spent £15 or more, you received a little gift worth over £27 for free! So being the bargain hunter I am, I couldn’t turn down that offer.

The two shades of the Max Factor Cream Puff Blush (£8.99) that I picked up were ‘Seductive Pink’, which is a slightly darker pink/purple shade than ‘Lovely Pink’, which is more lighter pink with a gold undertone to it. Both of these blushers are very similar to the Hourglass Blushers as they have a lovely irridescent finish to them with a marble like appearance that is lovely. Now I haven’t really used them all that much yet, but they weren’t what I was expecting formula wise as I thought they were a cream blush but they are somewhere in between a cream and a powder blush, which i’ve never tried before but so far they seem lovely.

As I also needed a concealer I thought i’d give the Max Factor Mastertouch Concealer (£7.99) as it seemed quite similar to the one i’d been using previously and I liked the look of the applicator. I picked this up in the shade ‘Ivory’, which is the lightest shade and it’s a really good colour match as I didn’t test it properly. The coverage of this is great and it’s not cakey at all, which is a massive bonus as I can’t stand concealers that cake under you eyes.

Now as I mentioned I also got a free gift and within this gift was the Max Factor False Lash Effect 24-hour Mascara (£11.99), which i’ve wanted to try for the longest time ever and although the brush is rather daunting, it does wonders to your lashes. Also there was the Max Factor Colour Elixir Lipstick (£7.99) in the shade ‘Stardust Pink’, which is a lovely nude pink and one that I can actually pull off. Also within the free gift was the Max Factor Glossfinity Nail Varnish (£5.99) in the shade ‘Pink’ed’ and i’m looking forward to trying this as i’ve never tried out any nail varnishes from Max Factor before.

Did you manage to grab this offer over the weekend?