As you probably saw from my recent post, I went on a bit of a spending spree at my local NYX stand and after a couple of weeks of testing out some of the products and being as impressed as I have been, I thought it was about time I shared my thoughts on my favourite products so far and why you need to try them too! 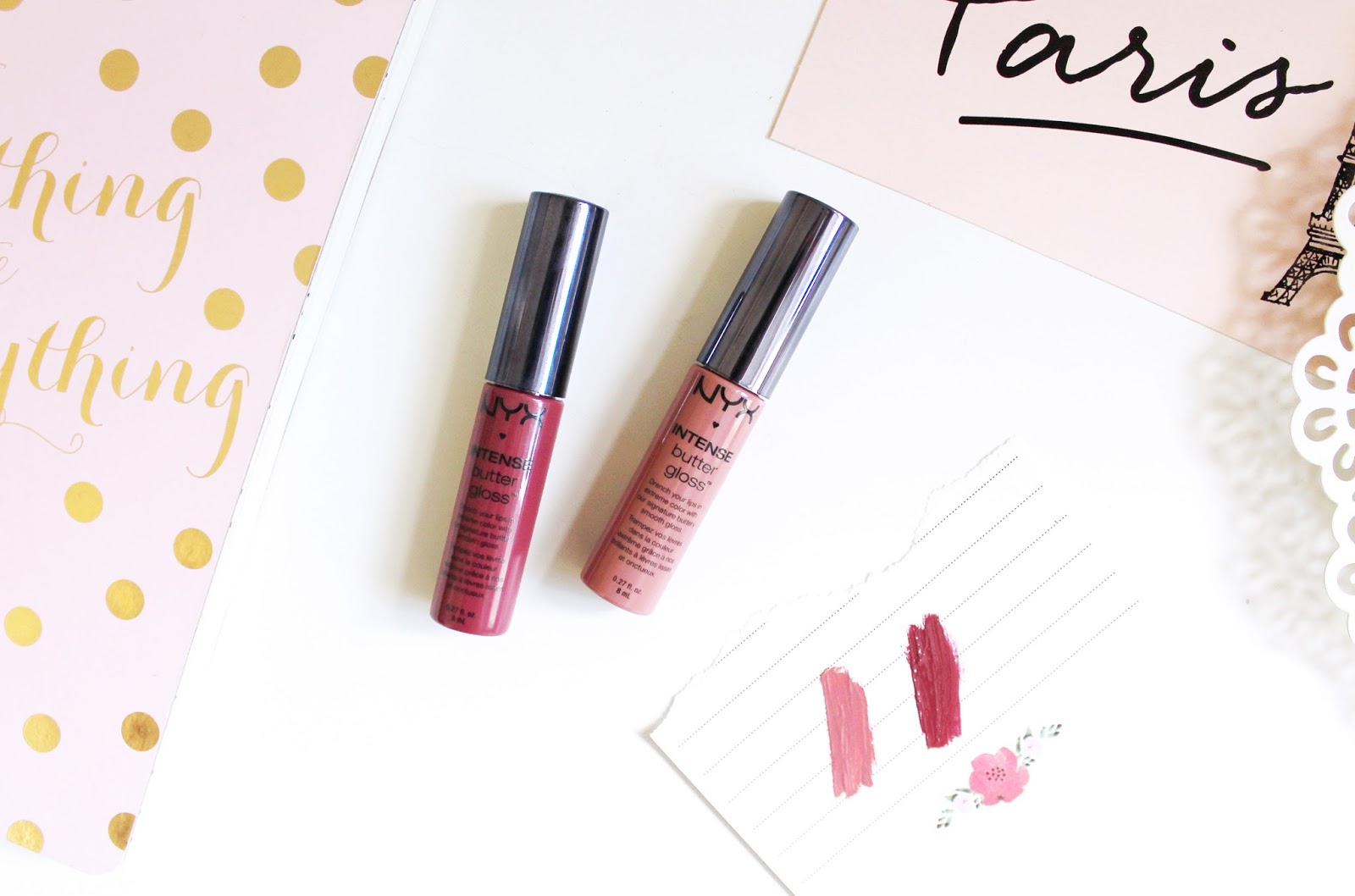 After hearing so much about NYX over the past couple years, I knew that when I eventually managed to get my hands on some products i’d be blown away. I’d heard a lot of reviews about the NYX Butter Glosses, but not being a huge gloss kind of girl, I was a little skeptical but I couldn’t not pass on them after hearing some amazing things.

Whilst I was browsing my local NYX stand trying to suss out the shades that I wanted to pick up, I stumbled upon the NYX Intense Butter Glosses (£5.50) which instantly drew my attention in as I wondered what made them so different to the original butter glosses. After covering my hand in swatches, I finally settled on two shades and instantly I could see the difference between the two products. As the name would suggest, these have a much more intense pigmentation in comparison to the original butter glosses but they still have the same beautiful gloss to them.

The two shades I picked up were ‘Toasted Marshmallow’, which is a beautiful deep purple plum that is actually a lot darker on the lips that the swatch first appeared but is definitely going to be my go to plum for winter. The other shade I picked up was ‘Tres Leches‘, which has become my favourite nude of the past few weeks. It is a lovely peachy pink nude, that suits my skin tone when both pale and tanned, which is usually quite difficult to find. What I love about these glosses is how pigmented they. but also the fact that although they are glossy, they aren’t your usual sticky kind of gloss.

So far i’m really impressed with these glosses, as I really didn’t expect to like them as much as I do but i’ve gotten so much wear out of them that I couldn’t not share them with you guys!

Have you tried any NYX products?