As i’m sure you’re all aware Kylie Jenner (aka my fave Jenner/Kardashian girl) has brought out her own line of cosmetics, which we’ve seen not just bloggers but every girl on the planet go mad for to the point where i’ve waited this long to get my hands on some products! After a bit of frustration and patience I finally managed to get my hands on a few of her lip kits and I thought i’d give you all a haul and somewhat first impressions on the lip kits, and how i’ve been liking them so far. 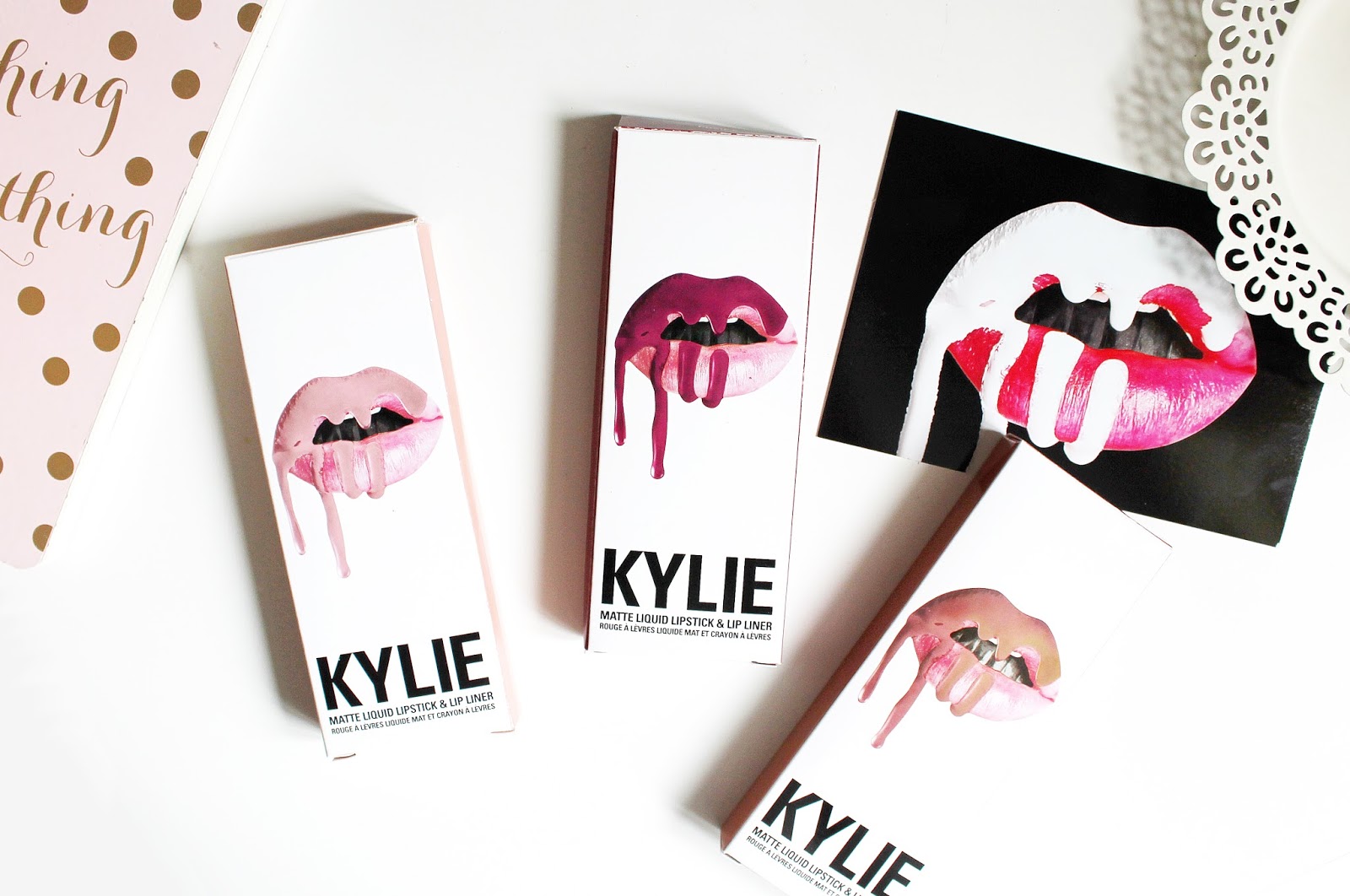 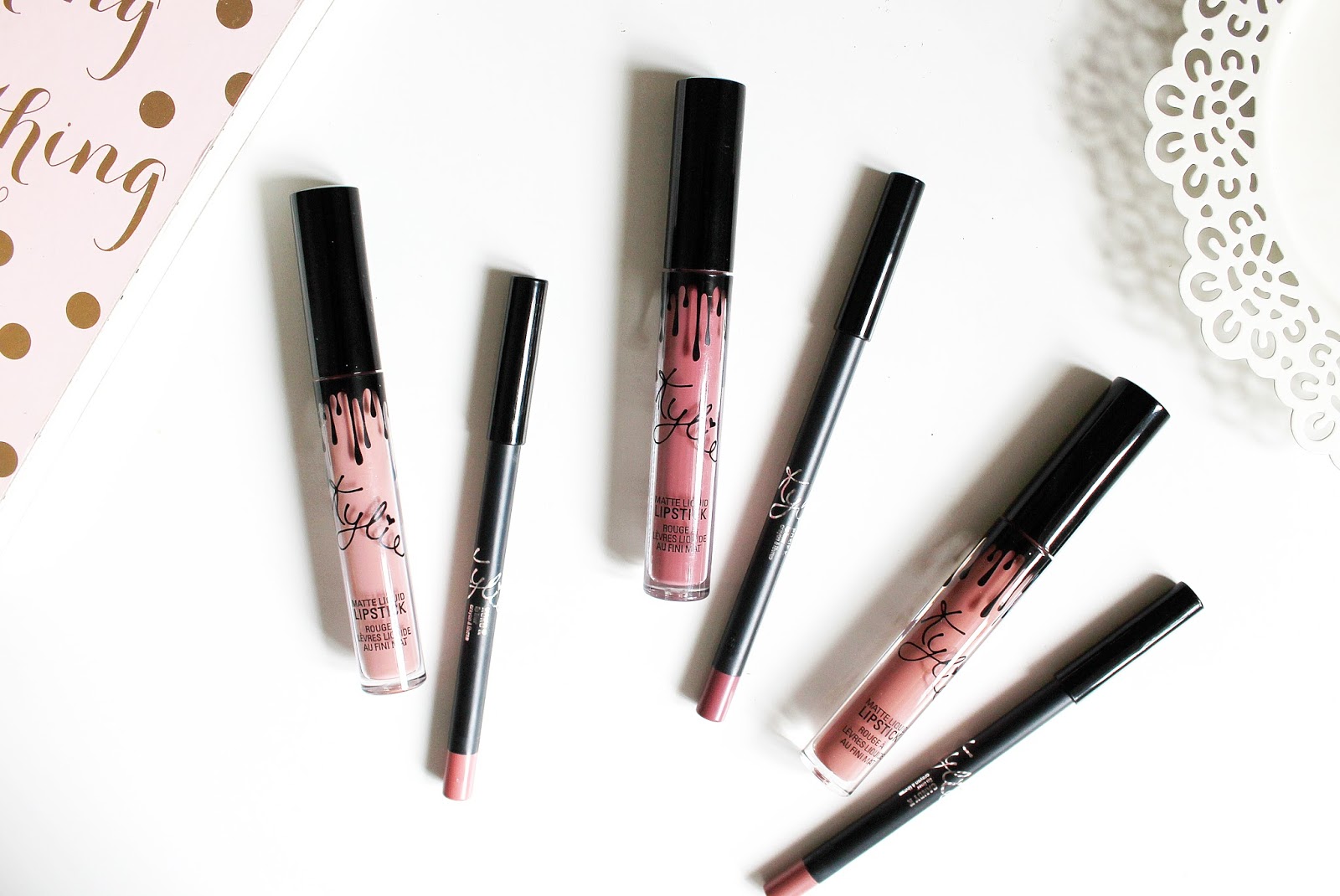 For a long while i’d wanted to get my hands on a few shades of the Kylie Lip Kit’s but with such a big craze around them it became apparent very early on in their launch that they were going to be hard to get their hands on. After a good friend of mine bought a couple from Depop I thought why not, and hunted down two shades that luckily the same seller was selling but I was skeptical as there are so many fakes on Depop but luckily they are the real deal! Also around the same time, when Kylie announced her birthday collection I thought i’d try my luck and I managed to get my hands on the final shade that I wanted, and after waiting nearly two weeks it finally arrived (with a lovely customs charge).

As I waited a good while before giving into actually purchasing these lip kits, it has meant that plenty of reviews have come out these lip kits and it has meant I could definitely get some good advice on whether or not to purchase them, but also which shades I would want and I finally decided on the shades that I wanted and so far i’m pleased with all three shades. From the get go I knew that I want Posie K Lip Kit ($29) as it looked the perfect pink shade for me, especially as i’ve become more of a nude/pink lipstick wearer as of late. The next shade I wanted was Koko K Lip Kit ($29), which looked more like a nude version of posie and it is the perfect pink nude for me! These two shades I purchased of Depop and I managed to get both of them £60, which in my opinion was a really good deal as neither of the lip kits had been used! I finally ordered Candy K Lip Kit ($29) from Kylie Cosmetics, which after two weeks of patiently tracking and my postman trying to deliver it to the wrong address, it became mine this weekend just gone. This shade is more of a nude with a nice pink undertone, but this is definitely the nudest nude i’d go for.

With all the excitement i’ve had surrounding these lip kits, when they finally arrived I was so eager to use them that i’ve managed to wear all three shades over the past few days and it usually only takes one or two times of using a lip product for me to fully know whether I like them or not, so I can tell you my initial thoughts on these lip kits! From the reviews i’d read i’d heard that they were very matte and definitely a little drying, so I was prepared and applied a little lip balm to my lips before applying the lip kit. Initially I didn’t think I really needed the lip liners, but the liquid lipstick is very liquidly so the lip liner helps to control it a little before it sets. The lip liners themselves are really creamy and pigmented, which make them a dream to apply. The liquid lipsticks themselves are really nice and one application is enough as they are so pigmented, but they last all day through eating, drinking and just in general as these things do not budge! It’s true that they are very matte, but I don’t find them to be overly drying which is good as I do suffer with dry lips, so it’s nice to find a matte product that doesn’t dry them out too much, but applying a little lip balm definitely helps also.

So far i’m so impressed with these lip kits and i’d definitely say that they are worth the money, but I will be doing another post on a more in depth of my opinion on the entire process and not just the products themselves!

Have you purchased any of the Kylie Lip Kits?