Being the massive but secret Kardashian fangirl that I am I’m always excited to see what each Kylie Cosmetics launch has to bring, and although i’ve only ordered a couple of her lip kits the formula of them is so impressive, and enough to justify those ridiculous customs charges. So when she previewed her latest collection on her snapchat I just knew I needed to make an order as soon as the collection dropped! 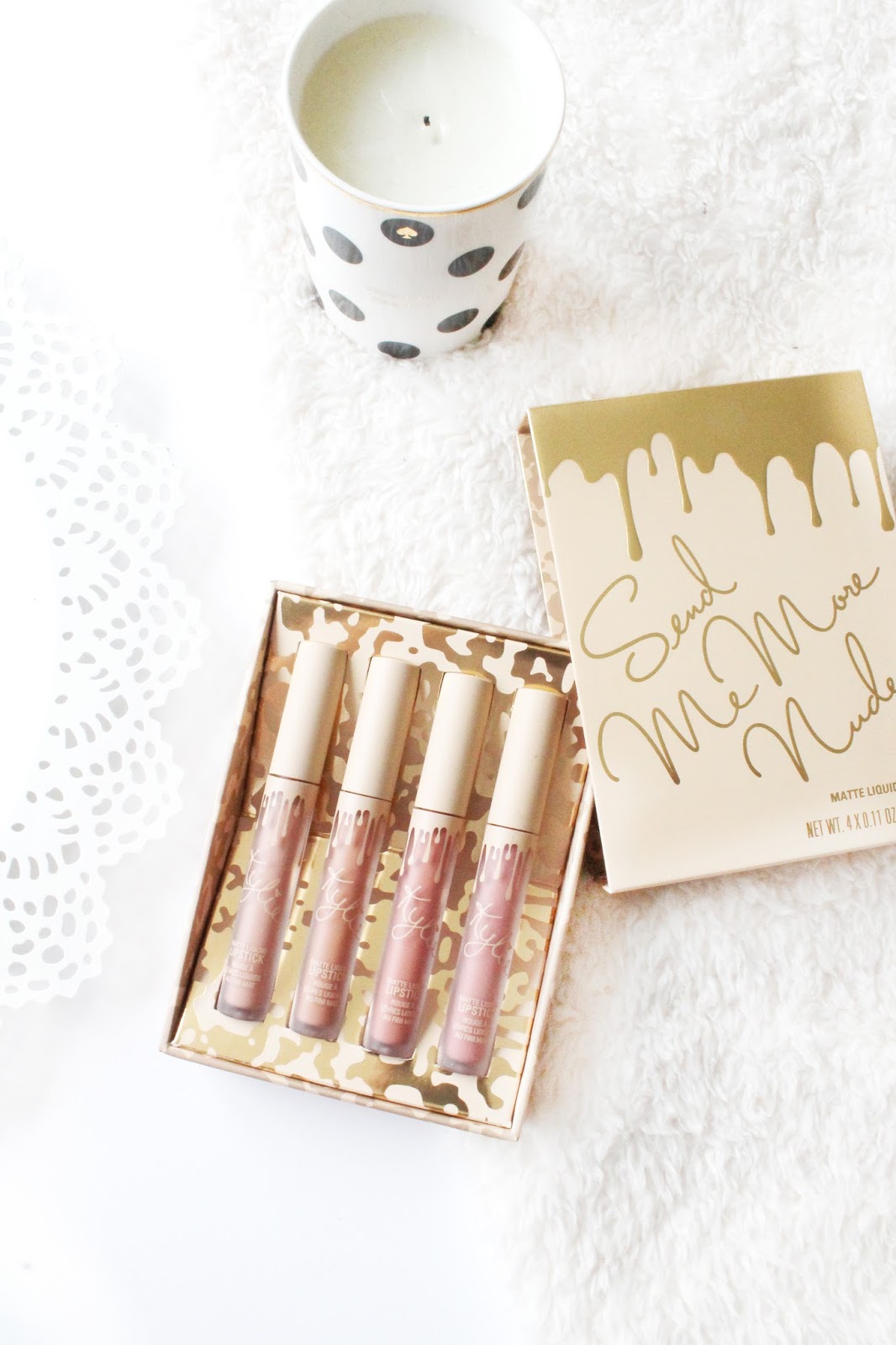 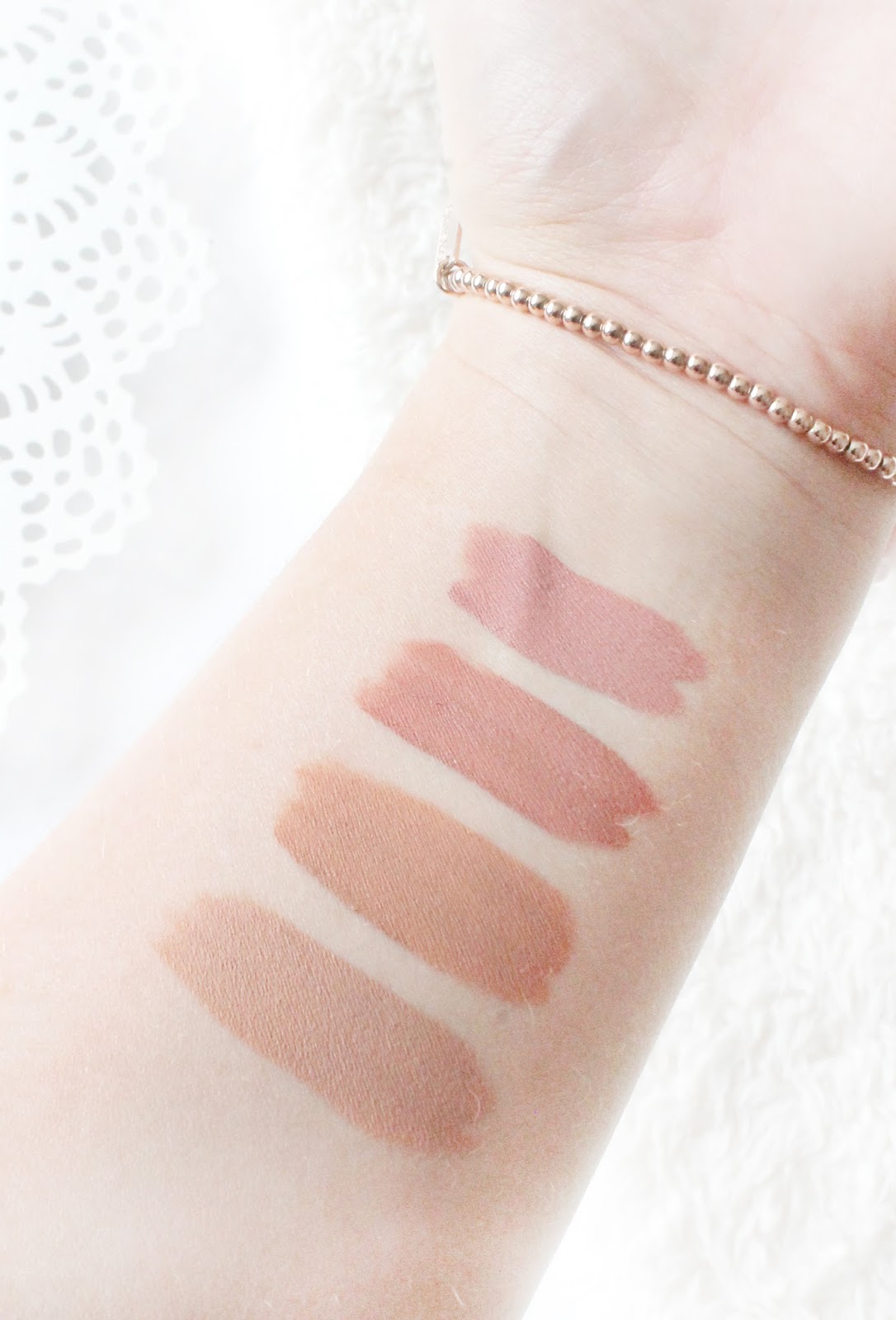 In the last year my love for nude lips has truly evolved and it is literally all that I wear, and it’s safe to say that I get a lot of wear out of both of the Kylie Liquid Matte’s in the shades Koko K, and Candy K. I just find both of those shades so me and just suit my complexion like no other nude ever has.

Now the only issue with every big launch is that they sell out within seconds, but I fancied my chances and after what felt like hours of waiting my order was confirmed and surprisingly my order was shipped the following day, and arrived just a couple of weeks later which is probably the smoothest order I have ever made through Kylie Cosmetics.

I decided to only order the Send Me More Nudes Matte Liquid Lipsticks ($45), as I could justify the fact that I loved the look of every single shade and in comparison to the price of one lip kit, these are absolute bargain! As the name would suggest, this bundle contains four nude shades all of which are slightly different to the other (unlike the KKW bundle), of which are all so wearable no matter what skin tone you have, and i’ve been getting so much wear out of these lately.

Starting from bottom to top on the swatches you’ve got Naked, which is a beautiful sandy beige shade  which I love to wear with a barely makeup look, and adding a little gloss on top just brings out the colour even more. Next is Birthday Suit which is a slightly more warmer beige tone with a slight orange under tone, which looks unreal with a good fake tan. Following on from that is Commando which is a beautiful terracotta beige that reminds me a little of Candy K but is a lot lighter, and is one i’ve been getting a lot of wear out of. Finally we have Bare, which is probably my favourite from this bundle as this a pinky nude and again reminds me of Koko K but more a summery version that i’ve been wearing to death.

If you have tried any of the Kylie Lip Kits then you’ll know how amazing the formula is, and these mattes are exactly the same! They have that amazing vanilla scent to them that I cannot get enough of and the formula is probably one of my best liquid lipstick formulas that i’ve come across. Essentially they glide on beautifully and are instantly pigmented, and after around 5 seconds it dries into a lovely matte finish that does not budge. They don’t crumble or go chalky, and they seriously last throughout the day even with eating and drinking, I find that I rarely have to reapply them.

As overhyped as they are, they really are worth the price and the customs as the formula doesn’t compare to any other liquid lipsticks that I have tried. I will say that I find they do look better when you use the lip liners, but it isn’t the end of the world if you don’t use them.

Did you order anything from the Kylie Vacation Collection?