It’s true what they say about January being quite a blue month in terms of the fact that it’s a five week month, the weather is often crap and for most, you’ve already given up on your resolutions before you even started them. Having said that this is probably the first January for me where i’ve not felt as down, and i’ve pushed myself goals wise more than I ever have! 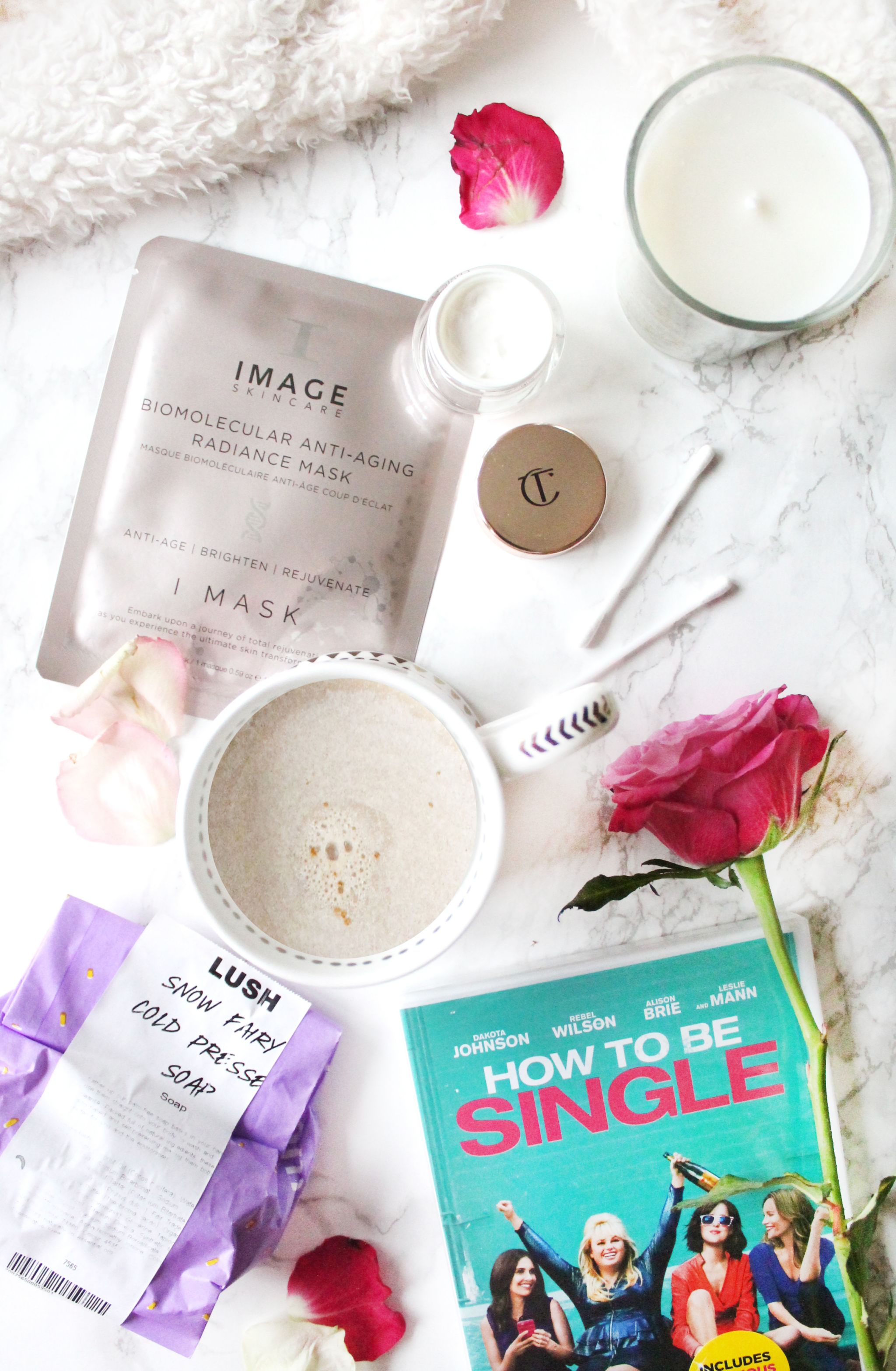 I thought i’d share with you some way in which i’m battling the January blues, and how you can too!

TAKE SOME TIME FOR YOURSELF

For me i’ve really been thinking more about myself and taking the time to take care of number one. Whether that means pushing myself to do a gym session on a Sunday afternoon, or if it means running myself a much needed bath and whacking on a face mask, i’ve just been taking the time and steps to think about my wellbeing. A favourite face mask of mine at the moment has been the IMAGE Biomolecular Hydrating Recovery Mask* ($9). Just like most sheet masks you whack on it your face with no mess, leave it to work it’s magic and take it off. I find this has been leaving my skin feeling absolutely fabulous and so hydrated, so i’d definitely recommend. 2018 for me is all about being selfish and ensuring that I take the steps to give myself a little bit of self care at least once a week.

If you follow me on social media, you may have noticed i’ve been a little more absent than usual although I do still schedule tweets to go up daily, i’ve been interacting a little less and not posting every single day on Instagram. This is because, well 1) i’ve been so busy at work that I just haven’t had the time but 2) i’ve been having some time off of my phone and instead have been doing other things to occupy my time that doesn’t involve my phone. I’ve found that it’s really helped to open my mind up a bit and has left me feeling so less stressed.

It’s definitely true when they say that a little treat to yourself will always cheer you up! Whether it’s a cake from the local bakery or a piece of clothing you’ve wanted for a while, you shouldn’t feel guilty for treating yourself every once in a while. I however have treated myself a little too much this month and i’m now literally on rations until payday finally arrives!

SPEND TIME WITH THE ONES YOU LOVE

I often think that once Christmas and New Year is over, everyone kind of needs a break from constantly seeing family and friends, and I have seen a fair few friendships and relationships really suffer from this. Although I live with my parents, there are family members who I don’t see all that often, and friends to, and it’s so true that being around people who care will have an effect on you. If it means cooking your family a dinner or calling your best girls round for a chick flick and a take away, so be it! A favourite of mine this month has been ‘How To Be Single’* (£4.99) which is just a film that represents my life, but hilarious non the less!

FOCUS ON YOUR GOALS

The last point I wanted to make in this post comes back to the goals you’ve set yourself for the year ahead. I find it’s always easier to stick to goals by making realistic goals and not ones you just know you’re never going to think about. If it’s something you really want to do, go and do it! Make the first steps in trying to hit your goals, whether it be signing up for the gym and going for your induction, or deleting/blocking that ‘friend’ who you frankly should of said goodbye to a long time ago. January is the time to get the wheels in motion!

How are you battling the January blues?