I feel like everyone is fully on the Netflix hype at the minute and to be honest i’m not surprised because Netflix are killing it with their original series at the moment, so much so that i’ve found myself binge watching so many different series and films at the moment that it’s getting a bit out of hand (don’t @ me). With that being said there is so much choice that I thought i’d share 5 new releases that i’d recommend anyone watches! 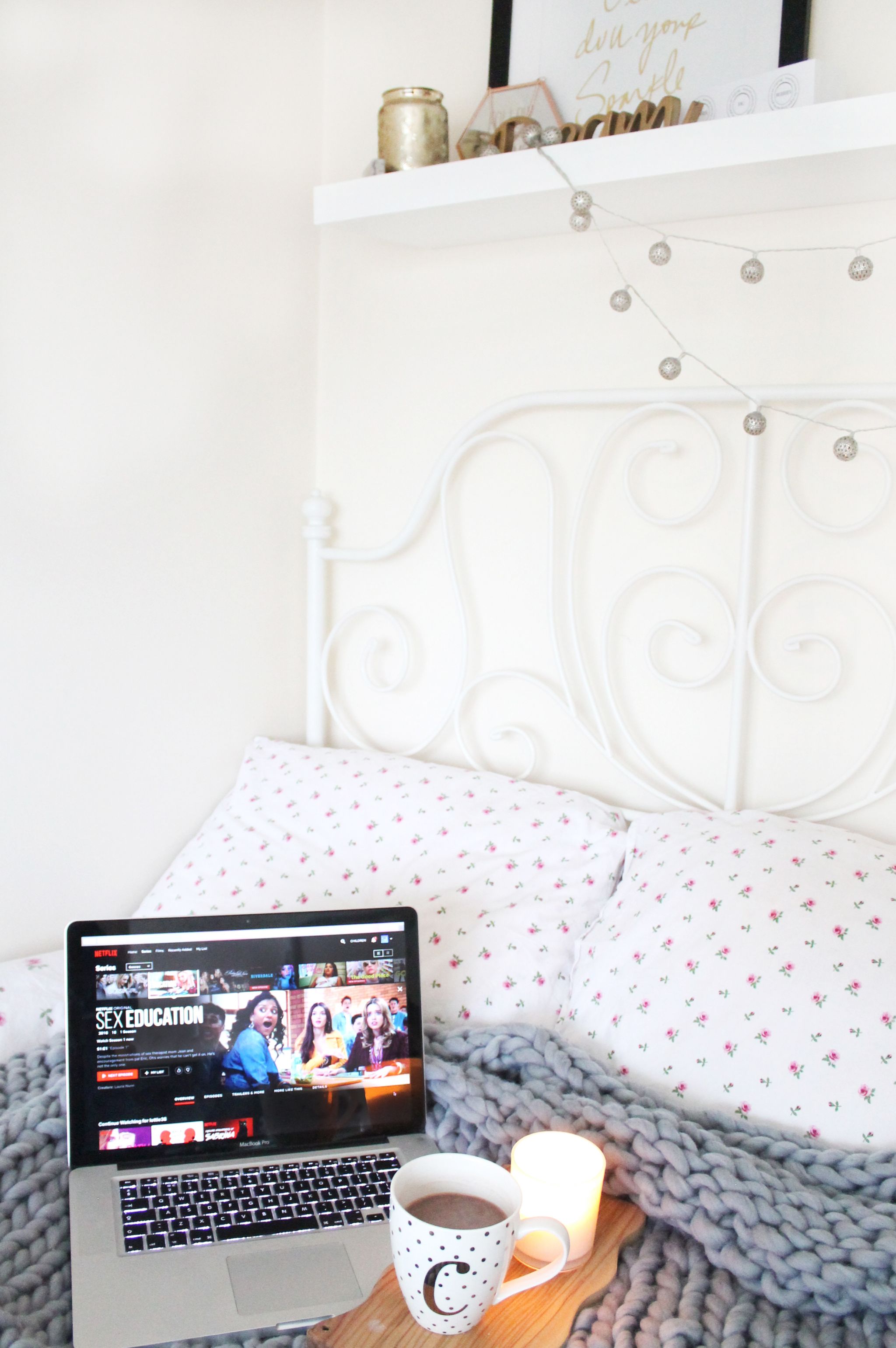 ‘Netflix and chill’ has become an evening occurrence for me but the funny thing is I am actually chilling and watching Netflix all whilst within my own company, which means with no distractions i’m fully getting swept up in all of the new series and films to have been recently released on Netflix. You best believe i’ve watched the good, the bad and the just damn weird stuff so i’ve trialled and tested them for you and i’ve narrowed it down to these five picks.

Sex Education by far has got to be one of my favourite recent Netflix original series releases because it is the epitome of British culture during your final years of school/college and the struggles all us teens went through, and not to forget it is highly hilarious. Without giving too much away, Otis (the main character) lives with his sex therapist Mother, who has raised Otis to know all the in’s and out’s of sex, however he himself is that typical sixteen year old virgin trying to figure out the world of girls, friends, college and just life in general, which we all relate to massively and in turn he becomes to the schools sex therapist.

If you were a big fan of Skins back in the day (what a throwback) then this series is something that i’m sure you’d enjoy and find as highly amusing as I did!

If you’ve been living under a rock then you won’t of heard a thing about YOU, but it is probably the most hyped series on Netflix at the moment all thanks to the main character being played by Penn Badgley from Gossip Girl. For me YOU is a very different series for me but after a couple of episodes I found myself hooked and wanting to watch more, so much so that I watched the entire series in three days.

Again without trying to give too much away, Joe is a writer who owns a book store and he seems like a pretty average guy until he begins to take a liking to Bec, a customer who soon he begins to stalk but in the most clever of ways. As I mentioned it’s not my usual kind of series but the character of Joe really makes you want to see just how far he will go to protect Bec.

As series i’ve recently started is Baby which is set in Italy and is actually in Italian but Netflix do a really god job at changing the language of foreign languages and i’ve found myself really getting into this series although i’m only a few episodes in. So far from what I can tell, this series is centred around different students at the same exclusive Roman school, all from different friendships groups and different walks of life and the two main characters turn to prostitution to earn money.

If you watched Netflix’s Spanish series Elite then you’ll no doubt enjoy watching this, as it has similar feel but with a totally different story line, one of which has pulled me in this far.

Moving away from a the series that i’ve been watching and moving onto a couple of films and one that I watched a few evenings ago was Dismissed, which stars Dylan Sprouse of the Sprouse twins if you were a lover of The Suite Life of Zack & Cody back in the day (lol) and I was intrigued as he’s not done much acting over the past few years. Initially when I first started watching this I wasn’t expecting what happened to happen, but essentially it’s based around the character Lucas who on paper is the perfect straight A student, but will go to any lengths in order to be that perfect straight A student.

I couldn’t not include a proper chick flick style film in the post and a film I randomly watched during the first few days of the year was Everday which is based on a spirit that moves from body to body every 24 hours, so each day they are in a different body. However the spirit falls in love with the main character Rhiannon after living in her boyfriends body for a day.. and that is all i’m telling you! But if like me you love a good chick flick them you’ll really enjoy this!

So those are few tv series and films i’ve really enjoyed recently on Netflix all of which i’d highly recommend to anyone!

What have you recently watched on Netflix?

(Some links on this blog may be affiliate links. Read my full disclaimer here)