So i’m back after having a couple of weeks off from blogging whilst i’ve been redecorating my bedroom. An entire separate post is coming on that, but one thing I have kept up with is binge watching my way through some Netflix series! As it’s been a while since I shared my Netflix recommendations, I thought sharing some recent watches would be a top choice for my first post of October. 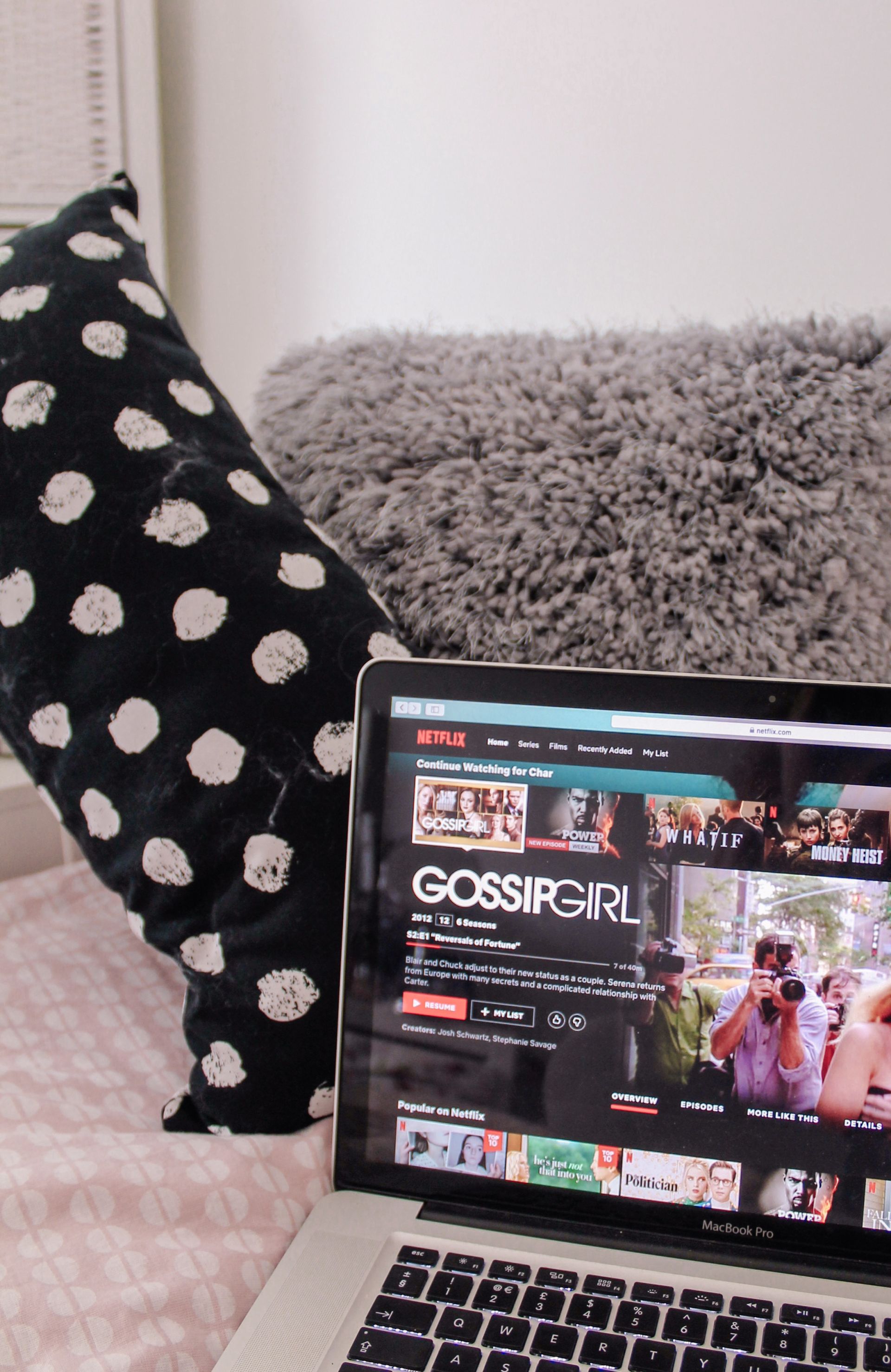 Grab a cup of hot chocolate and cosy up for some Netflix bingeing!

Over the past couple of weeks I’ve found myself bingeing my way through quite a few series, some old and some new. With the evenings getting darker earlier and the temperatures dropping quicker than anticipated, I’ve been spending my evenings snuggling up in bed with a cuppa and winding down, and I couldn’t think of anything better. Anyway, onto some recommendations to add to your Netflix list for October.

A series that I never got into back in the day was Gossip Girl. I think because I was either too young for it to be a hype amongst my age group or I just completely missed the memo but I am so glad that I’ve finally gotten into watching it! In just over two weeks i’m already onto season 3 of it’s 6 seasons and I am fully hooked! It’s such a ‘me’ series and is one i’d highly recommend if you loved series like The Hills and The OC but like me, never got into watching it back in the day!

A series that I haven’t mentioned before, but one that I really enjoyed the first season of is Elite. A Spanish television series based around a group of high school kids from all different walks of life who get themselves into all kinds of trouble and season 2 has finally been released! I literally binged it in one afternoon and i’m already wishing for a third season! Again, if you enjoy high school, chick flick style series then you’ll really like this!

A series that i’ve mentioned previously and probably one of my favourite ever Netflix series is Riverdale, and its back this week after it’s mid season break! It’s safe to say Riverdale has changed a lot from the first season and I think a lot of people were worried it would turn into a bit of a disappointment like Pretty Little Liars did back in the day but, they are definitely keeping us on our toes through season 3! If you’ve not gotten into Riverdale, then you NEED to!

What are you currently watching on Netflix?