If you’re an avid reader, then you’ll often see me sharing my latest recommendations on what to watch on Netflix. With the New Year rolling round, it brought a lot of newness onto Netflix and I have been binge watching to my hearts content! With that being said, I of course had to share some of my top watches to get stuck into for February. 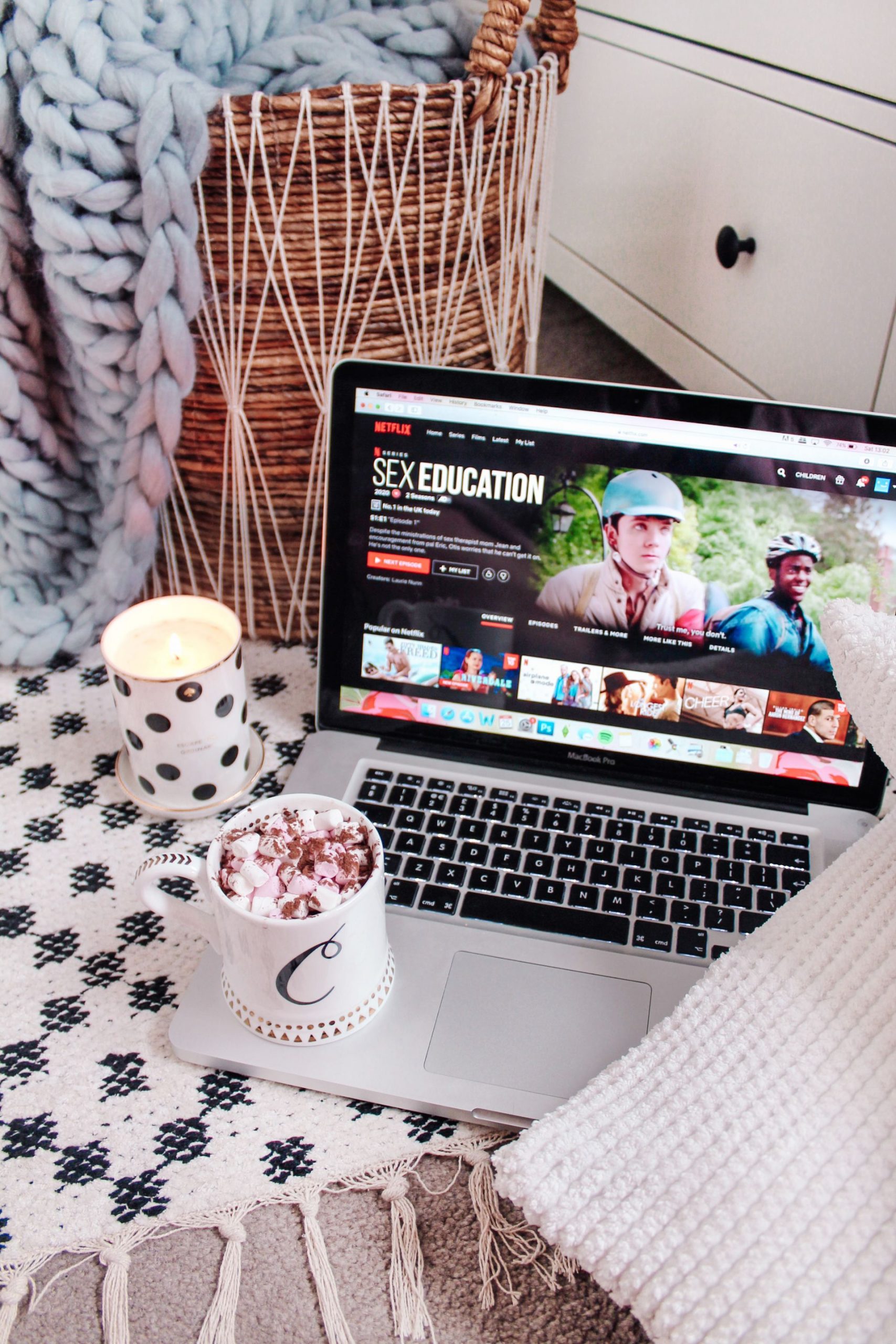 Here are some Netflix watches to get stuck into this February..

I don’t know what it is, but January honestly does suck doesn’t it! Without sounding completely negative, I just always feel like i’m on a comedown from all the festive feels that Christmas and New Year bring, that January just feels so meh. However, I feel like Love Island and the latest releases on Netflix have seriously upped my mood, and i’m sure if you’ve been feeling similarly to me then these will hopefully help lift your mood too!

Single handedly the most amazing thing to come from 2020 is the second season of YOU being released, and boy was it worth the wait! If you watched season one, then it’s definitely about time you caught up on season two if you haven’t already! OR if you’ve not watched YOU what so ever, then you need to! No if’s and no but’s, you just need to!

As well as YOU season two, Netflix have also finally released the much anticipated season two of Sex Education! Yasssss. I previously mentioned Sex Education this time last year in this post, and I honestly can’t believe its been a year since season one was released! Sex Education is such a relatable series, especially with all the trials and tribulations of life when you’re just 16 years old, but it is hilarious and oh so witty. If you haven’t watched season one as of yet, you seriously need to!

A new original series from Netflix to be released in January was Spinning Out, which I randomly started watching after seeing it was #1 trending in the UK one random Sunday evening. Being an absolute lover of ice skating when I was younger and never missing Dancing on Ice back in the day, I found myself instantly loving this. It follows a teen girl, who has skated competitively since she was younger whilst battling bi-polar and now has to make the change to pair skating. It’s an amazing coming of age series with love, friendship battles and family drama that is too good to miss!

So those are a few Netflix watches for February. If you have any good films or series that you’d recommend, make sure to leave them in the comments below!