It’s hard to believe that we are approaching the end of the first month of lockdown 3.0 and it’s safe to say that I have been filling my time by reading quite a bit, but I have also been getting my way through a few Netflix series that I have been meaning to watch for some time now. As it has been a while, I thought I would share with you a few recent Netflix watches that I’ve loved in the hope it gives you some recommendations too! 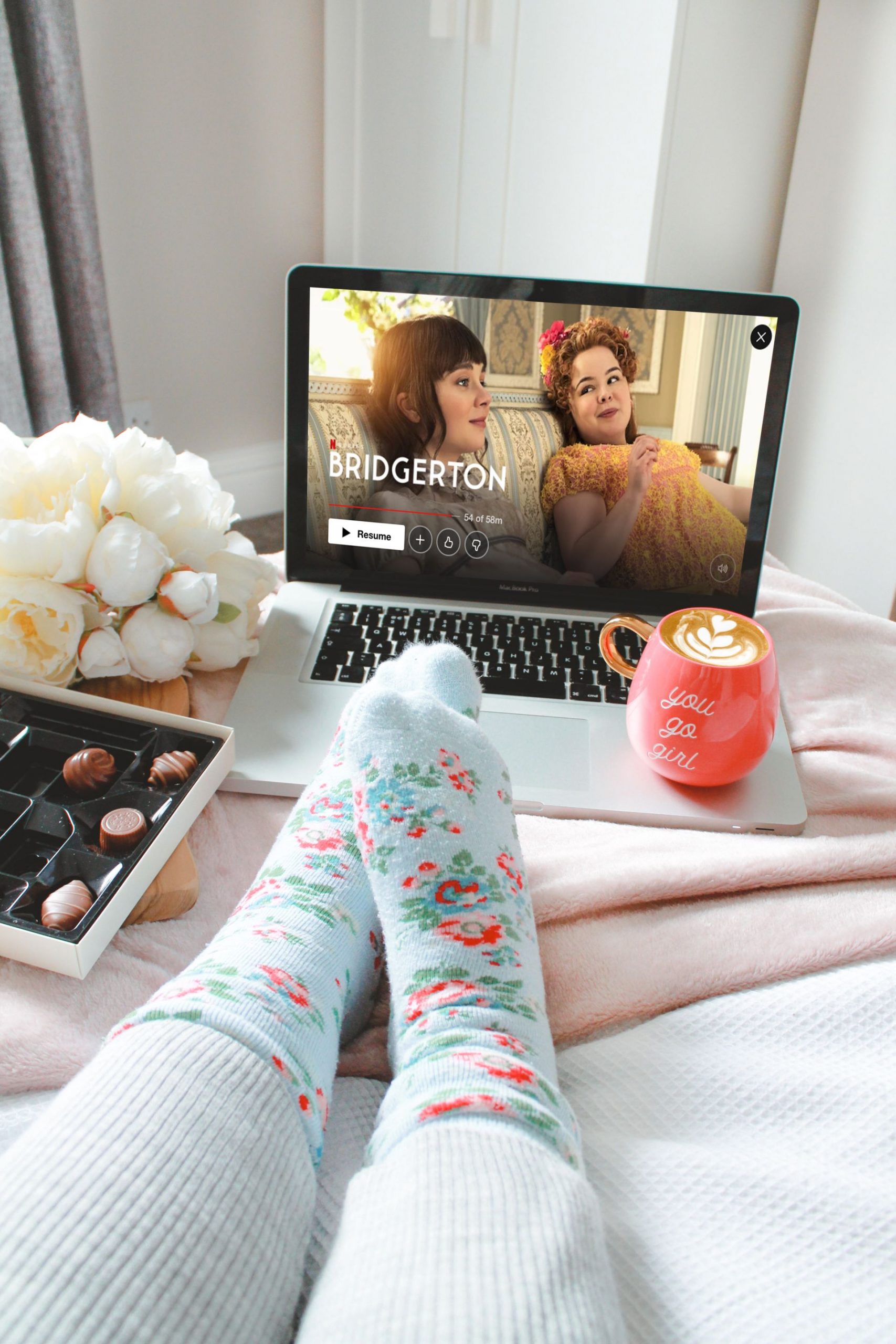 Now this post wouldn’t be relevant if it didn’t contain Bridgerton as a recommendation seeing as everyone and their cat has watched this, but if you’ve not watched this yet then you need to! Trust me! I binged this entire series in just one weekend and to be honest I’m pretty upset that it came to an end so quickly, but none the less it was amazing! Focused around the Bridgerton family in the Regency era (I believe) of high society London, where debutantes who are of the season age are presented in order to find themselves a husband. Initially I didn’t think that this series would be something that I would be interested in, but let me tell you how wrong I was! This series is full of rivalry between families and siblings, romance, lust, heartbreak and a gossip girl element in the form of Lady Whistledown who’s identity is unknown until the very last scene of the series. If you watch one thing this month, you must watch this!

Another recent Netlifx watch that I’ve loved is Tiny Pretty Things, which I finished just this weekend gone and is another that has been quite popular as of late. The story is set around a ballet school in Chicago where the prized pupil Cassie somehow falls off the roof of the schools building and ends up in a coma. The series focuses on not only finding out how and who was to blame for Cassie’s fall, but also around the lives and battles of the students at the ballet school in the lead up to their end of year performance of The Ripper. Although I found this quite slow at the start, after a few episodes I soon got into this series and ended up really enjoying it. The ending is one that makes you hope for a second series and I have fully got my fingers crossed that we do get a second series!

My god this series! Virgin River is a series that I hadn’t heard of and it one day presented itself at the top of my Netflix home page and that was that. I was instantly hooked! I binge watched the entire two seasons in the space of two day and it’s safe to say I haven’t ever cried as much I did watching this! To give you the low down, this series is about a nurse and midwife called Mel who moves to Virgin River for a fresh start following *trigger warning* the loss of both her baby and husband. Will she settle in, will she find love again? You’ll just have to watch it!

A film that I stumbled across just before Christmas and found myself watching one Friday evening was Rebecca, a remake of an fairly old black and white film focused around the love story of the young girl Miss Van Hooper who marries Maxim de Winter, a widowed man but she is forever in the shadow of his ex-wife Rebecca’s ghost who died in a boating accident. This film is an amazing romance come thriller as the new Mrs de Winter battles to be accepted by her husbands house staff, his family, friends and towns folk, all whilst the investigation into Rebecca’s death is re-opened with Maxim de Winter being the prime suspect. If you’re looking for an easy yet gripping romance watch, I’d really recommend watching this. Lily James is as fantastic in this film as any others that she has starred in and I thoroughly enjoyed this.

So those are a few recent Netflix watches that I’ve loved and would highly recommend to anyone who is looking for something new to watch and fill some time during this lockdown. If you’ve already watched these recommendations, then be sure to read my previous What I’ve Been Watching on Netflix post!

What have you watched recently on Netflix?